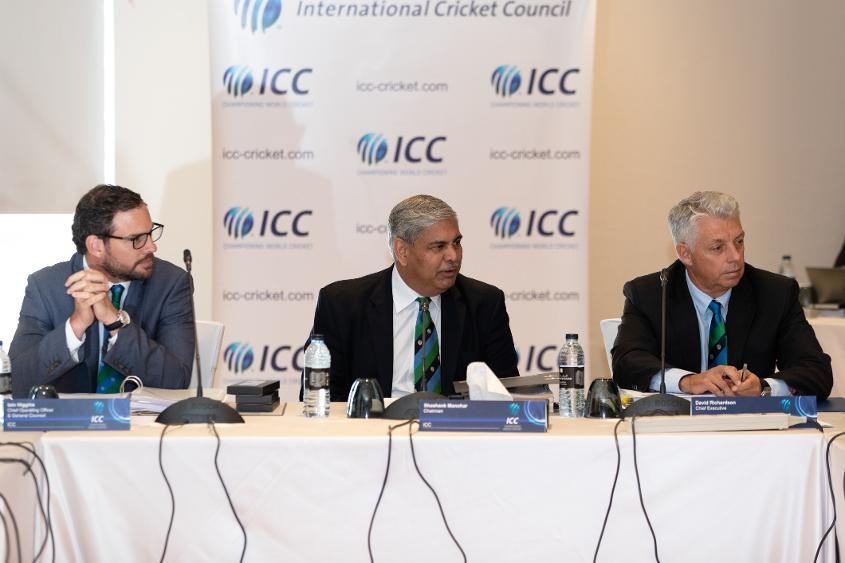 The International Cricket Council (ICC) has moved to reassure India of the tight security planned for this year's World Cup in England and Wales after the country's cricket board sought guarantees from the governing body following a suicide attack in Kashmir.

The Board of Control for Cricket in India (BCCI) expressed concern over security at the tournament in a letter to the ICC after 40 members of the Indian police force were killed in last month's bombing, which Pakistani militants claimed responsibility for.

The incident has sparked a dramatic escalation in tensions between the two countries with India claiming to have struck a camp in Pakistani territory.

In response, Pakistan claimed to have shot down two Indian military jets and captured a pilot.

It has led to a rise in calls in India to ostracise Pakistan and sever sporting ties with the nation.

There have been suggestions that India might boycott the World Cup clash with Pakistan, scheduled to be held at Old Trafford in Manchester on June 16, but the ICC has said it fully expects the match to go ahead.

The BCCI have also urged the ICC to take action against Pakistan.

"As you would expect for a global sporting event, the ICC, in partnership with the England and Wales Cricket Board, has a robust security plan in place for the Men’s Cricket World Cup," said ICC chief executive David Richardson following six days of Board meetings in Dubai.

"We work closely with the authorities in our host countries to ensure that the safety of players, officials and fans is a priority.

"Should those authorities raise the threat level of the event based on intelligence, we will, of course, uplift our security commitment as appropriate.

"We will continue to work with the ECB and our members throughout the build-up to and during the tournament to keep everyone abreast of the situation."

The ICC Board also agreed on a new composition for its Women's Committee to "provide a clearer strategic focus" for the group.

Former England all-rounder Clare Connor was confirmed as the chairperson of the Committee.

Anil Kumble, a former Indian leg spinner who took 619 wickets in 132 Test matches, was reappointed to serve a final three-year term as head of the ICC Cricket Committee.