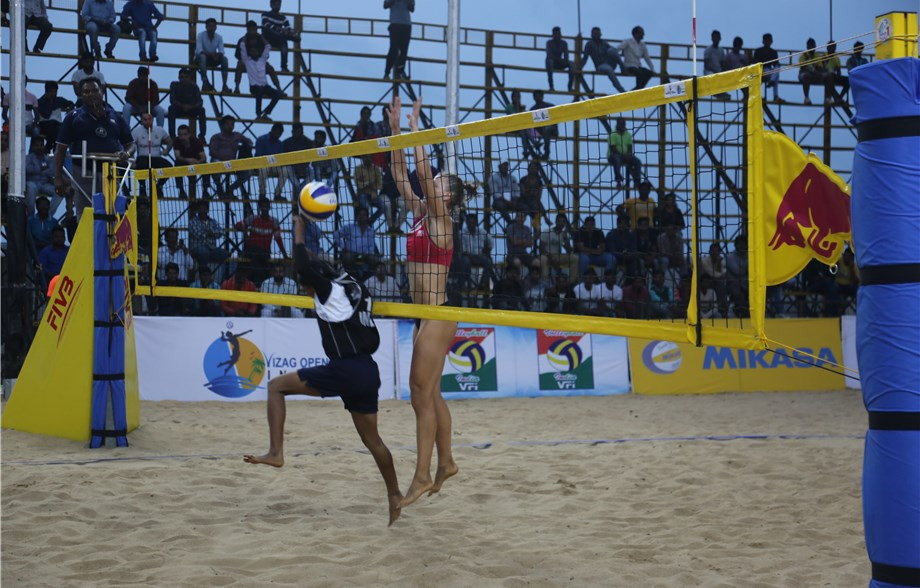 Top seeds Chiyo Suzuki and Yurika Sakaguchi of Japan booked their place in the semi-finals of the International Volleyball Federation Vizag Open in Visakhapatnam in India.

The Japanese duo continued their unbeaten progress at the tournament, a one star event that is part of the FIVB Beach World Tour, with a comfortable 21-14, 21-16 victory over compatriots Satono Ishitsubo and Asami Shiba.

The Austrian pair of Nadine and Teresa Strauss await for Suzuki and Sakaguchi in the last four after they defeated Israel's  Noy Chorin and Noga Maor 21-10, 21-13.

Czech Republic's Martina Bonnerová and Martina Maixnerova of the Czech Republic are on course for a meeting with the Japanese team in the final as they reached the last four with a 21-11, 21-16 win over Tanna Aljoe and Melissa Fuchs of the United States.

Their opponents in the semi-finals are set to be Vanuatu’s Miller Pata and Sherysyn Toko, who battled to a 13-21, 21-12, 15-10 triumph against the American pairing of Audrey and Nicole Nourse.

Japan's Kensuke Shoji and Masato Kurasaka, who put out top seeds Arash Vakili and Bahman Salemiinjehbouroun of Iran in the round of 16, failed to secure a spot in the semi-finals.

They were beaten 24-22, 23-21 by Sergiy Grabovskyy and Cameron Wheelan of Canada in a hard-fought contest.

Grabovskyy and Wheelan will face Hsieh Ya-Jen and Wang Chin-Ju of Chinese Taipei after they defeated South Africa's Grant Goldschmidt and Leo Williams 21-17, 25-23.