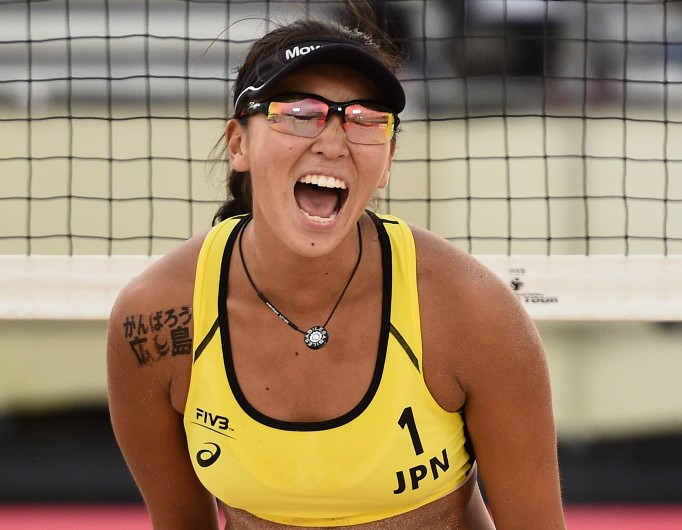 Chiyo and Sakaguchi came through 21-15, 21-10 against their fellow countrywomen in the round-of-16 at the National Sports Complex in the Cambodian capital.

They will play the Greek duo of Panagiota Karagkouni and Vasiliki Arvaniti in the last four.

The Greek pair defeated Michaela Kubickova and Michala Kvapilová of the Czech Republic 19-21, 21-14, 15-9, before securing a 21-12, 21-16 quarter-final victory against Caitlin Ledoux and Geena Urango of the United States.

The other semi-final will be contested between Thailand's Rumpaipruet Numwong and Tanarattha Udomchavee and Americans Amanda Dowdy and Corinne Quiggle.

Dowdy and Quiggle's journey to the semi-final included a 21-10, 21-18 victory against compatriots Carly Wopat and Brittany Hochevar, followed by an 18-21, 21-9, 15-8 battle against Canada's Amanda Harnett and Marie-Christine Lapointe.

The semis and final will be played tomorrow.