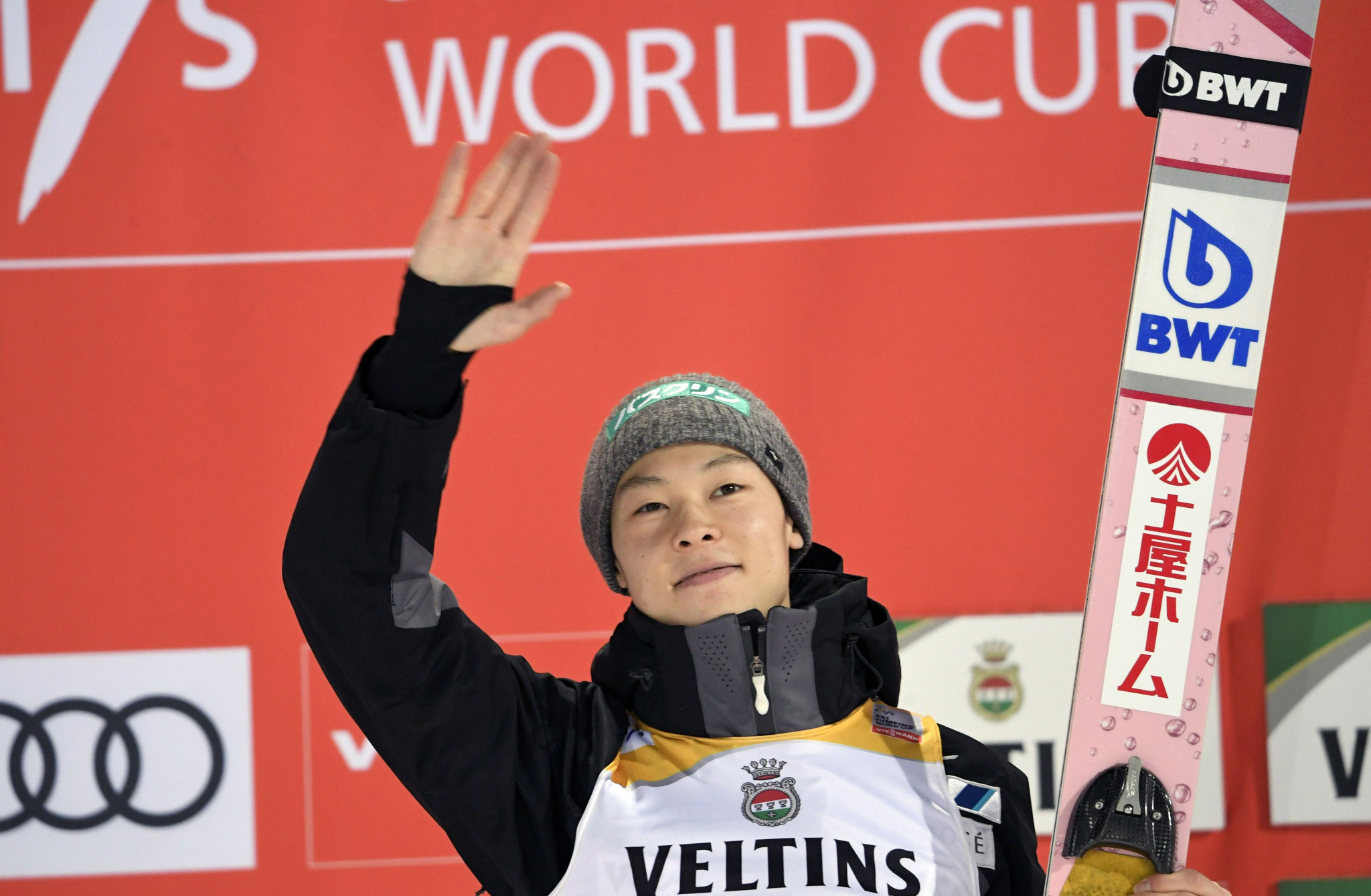 The Japanese ski jumper managed a leap of 146 metres in the first round and a distance of 144m with his second attempt.

Kobayashi enjoyed a comfortable margin of victory over Germany’s Markus Eisenbichler, the runner-up on 252.8 points.

The top three was completed by Piotr Zyla, who had helped Poland win the team event two days ago.

He finished with 250 points.

The result saw Kobayashi move onto 1,620 points in the World Cup standings, with Poland’s Kamil Stoch trailing in second place on 1,145.

Lundby boosted her advantage in the women’s World Cup, as the Norwegian triumphed for the second successive day in Oberstdorf.

She scored 292.4 points during the two rounds of the large hill competition.

Juliane Seyfarth was second in front of a home crowd, the German ending with a total 282 points.

Japan’s Sara Takanashi was third on 250.3 points, with yesterday’s runner-up Katharina Althaus of Germany fourth on 249.7.

Lundby has a lead of nearly 300 points in the World Cup standings having moved onto a tally of 1,368.

She is followed by Althaus and Takanashi, with 1,073 and 916 points respectively.

The World Cup events were taking place ahead of the FIS Nordic World Championships in Seefeld set to take place from next Wednesday (February 20) until March 3.