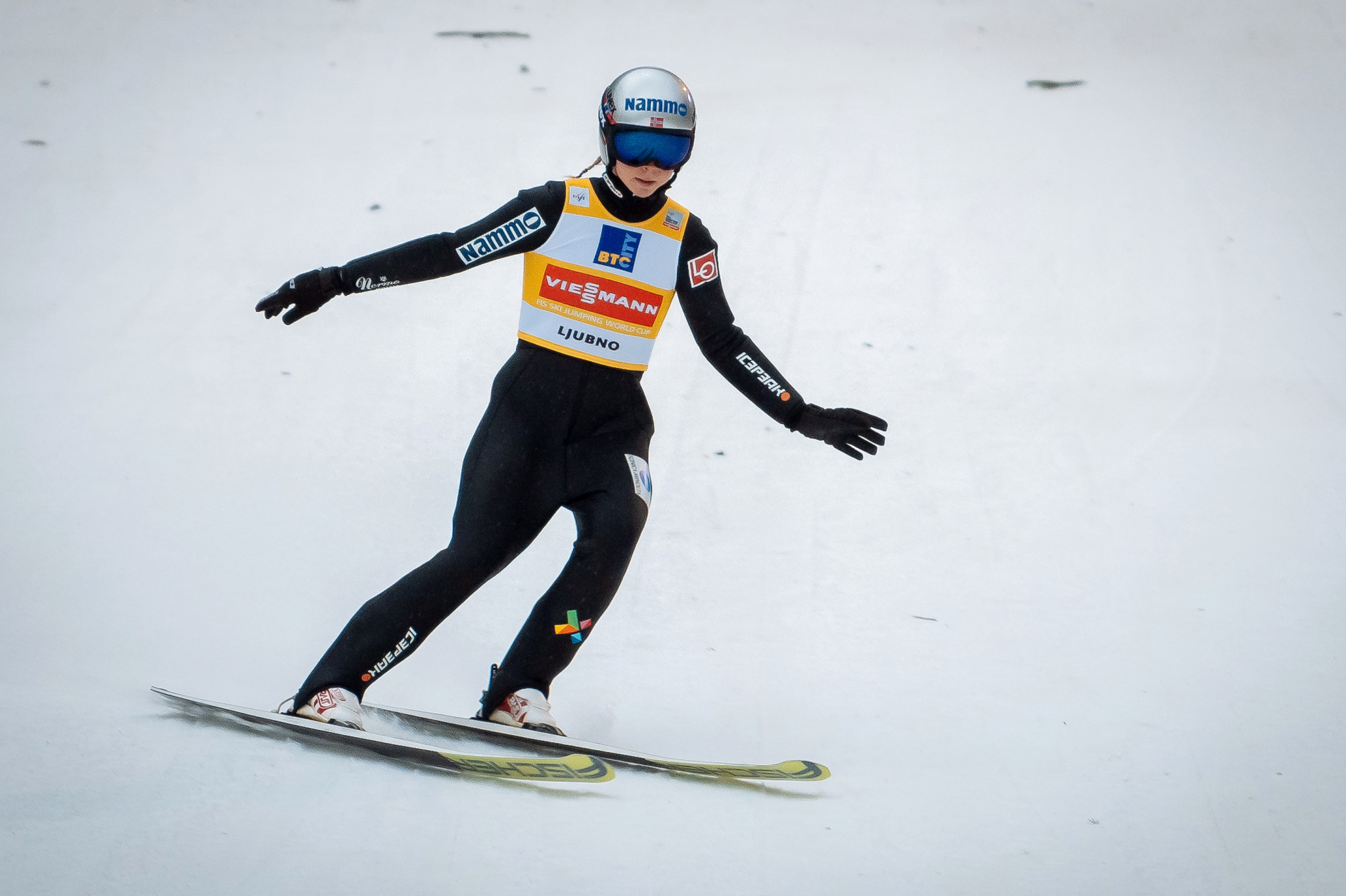 The women’s World Cup leader had topped yesterday’s qualification standings at the German venue as ski jumpers prepared for the third large hill competition of the season.

Lundby founded herself locked in a close battle with Germany’s Katharina Althaus.

The local jumper held the advantage after the first round when she scored 134.1 points, with Lundby second on 133.7.

Lundby responded in the next round of the competition as her second effort was given a score of 136.8 points.

Her overall total of 270.1 points proved just enough to secure victory, with Althaus dropping to second place, only 0.4 points behind the winner.

Slovenia’s Urša Bogataj finished some was adrift of the top two, but her score of 244.1 points saw her claim the bronze medal.

The second large hill competition is due to take place tomorrow.

He achieved a score of 311.1 points after the two rounds of competition.

The World Cup events are taking place ahead of the Nordic World Championships in Seefeld set to take place from next Wednesday (February 20) until March 3.