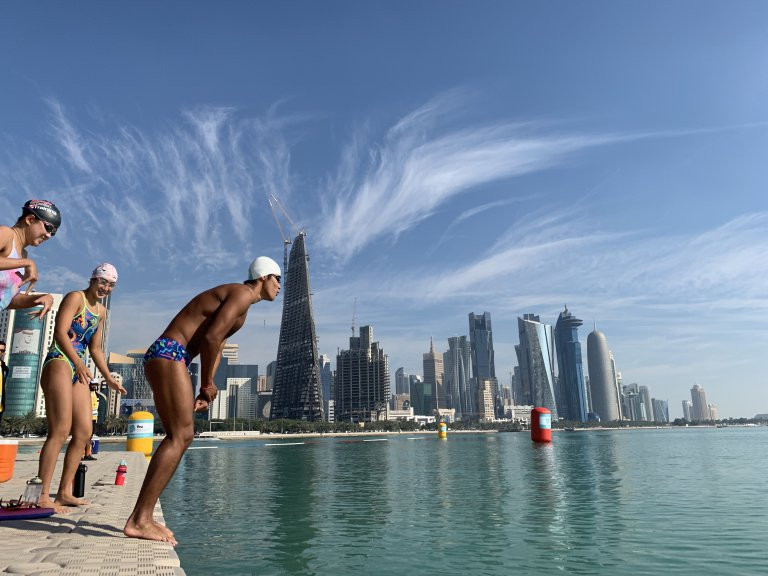 The first race of this year's International Swimming Federation (FINA) Marathon Swim World Series is set to begin in the Qatari capital of Doha.

FINA's Marathon Swim World Series is a nine-stage event that takes place in either fresh water or the sea.

The first race of the nine is due to begin tomorrow at Doha Cornice, a waterfront promenade and the centrepiece for the city.

Participants will compete over 10 kilometres, with four laps of 2.5km.

The men's competition will feature 88 swimmers, while 60 will participate in the women's event.

None of the top three from last year's men's race in Doha will feature.

In the women's race, last year's winner Sharon van Rouwendaal of The Netherlands is back to defend her title.

Joining her will be Germany's Leonie Beck and Finnia Wunram, who had finished in second and third place respectively.

Several countries are using the event as a qualifier for July's FINA World Championships in Gwangju in South Korea, giving the race added importance for some competitors.

The series begins in Doha before moving on to the Seychelles and Setubal in Portugal.

The tail end of the series will then take place in Chinese Taipei and Ohrid in Macedonia, with the competition culminating in Chun'An in China.