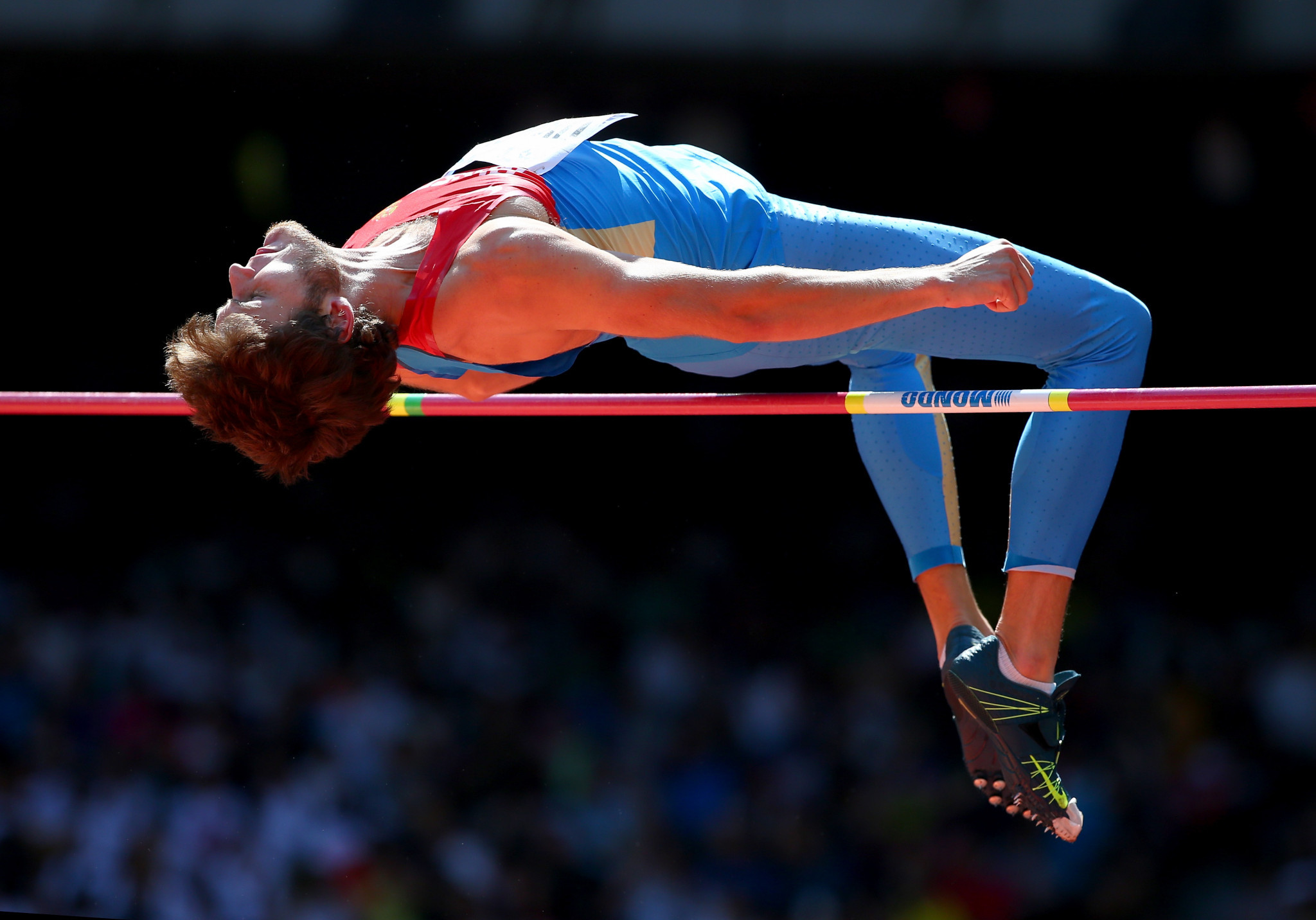 Reasoned decisions by the Court of Arbitration for Sport (CAS) have provided weight to the reliability of McLaren Report evidence in establishing rule violations against Russian athletes implicated in the country's doping scandal.

A group of 12 Russian athletes were sanctioned last week for periods ranging from two to eight years by CAS earlier this month.

The news was hailed by Athletics Integrity Unit (AIU) head Brett Clothier, who noted some cases had been fought solely on the basis of evidence drawn up by Canadian lawyer Richard McLaren.

Others were combined with analytical evidence gathered through retesting.

The World Anti-Doping Agency (WADA) also we the verdicts, which they claimed showed the work being conducted behind the scenes by various organisations to deliver justice.

WADA also highlighted the cases as showing the importance of the retrieval of the analytical data from the former Moscow Laboratory last month, which they believe will ensure further cases are brought against athletes.

The cases, according to CAS, are "against several Russian athletes, in particular to the effect that these athletes participated in and/or benefited from anabolic steroid doping programmes and benefited from specific protective methods (washout schedules) in the period 2012 (Olympic Games in London) - 2013 (World Championships in Moscow)".

These programmes were created by Grigory Rodchenkov, the former director of the Moscow Laboratory, who claims he invented a fast-acting steroid "cocktail" that could be swished orally and would "wash out" of athletes' systems quickly.

Rodchenkov has claimed he came up with the scheme directed by the Government in Moscow,

He has since fled the country to seek asylum in the United States.

The reasoned decisions have appeared to provide a boost to the McLaren Report evidence when used in sanctioning athletes.

Svetlana Shkolina, winner of the women's high jump at the 2013 World Championships and the London 2012 Olympic bronze medallist, was also banned.

In both of their cases, overseen by CAS arbitrator Markus Manninen, the IAAF alleged that they were among the protected athletes included in the washout schedules for London 2012 and Moscow 2013.

Their London washout samples were claimed to have tested positive for the anabolic steroid desoxymethyltestosterone, which was argued as demonstrating a "gradual washout of the prohibited substance".

They were also found to have featured on the Moscow washout schedule, allegedly a sign of athletes known to be following a doping programme, with samples also deemed to indicate a "washing out" of the substance.

Presence on a clean urine bank schedule was also claimed to be further proof the athletes had been part of a centralised doping scheme while unofficial samples for washout testing were reported as clean.

The IAAF's evidence was found to be primarily based on the Evidence Disclosure Package (EDP) produced by McLaren.

In both of the CAS cases involving Ukhov and Shkolina, the reliability of the EDP documents was "vehemently challenged" by the athletes.

Legal teams for the athletes claimedit was "impossible to ascertain the origin, authenticity, and the contemporaneous nature of the documents", as they were "based on images on Rodchenkov's hard drives that were provided by US authorities without any statement as to their chain of custody".

The CAS arbitrator did agree, following expert testimony, that the documents had not been obtained in a "sound forensic manner" and that it cannot be ruled out that "emails or documents, or some of them, have been fabricated".

It was noted, however, this did not mean they were manipulated and it was also observed that evidence had indicated the reliability of the documents.

The athletes' expert witnesses were unable to show indications of manipulation, while it was ruled that a number of documents corroborated the content in the EDP.

Fabricating the files, which contained thousands of details, "would have been an even more challenging exercise than the pure creation of the extensive record", it was ruled, while the content of documents, including the London and Moscow washout schedules, had been shown to accurately reflect the doping habits of a number of Russian athletes.

The fact Rodchenkov turned over files to US authorities before results of the reanalysis of samples provided at London 2012 was also seen as a "strong indication" the content of the London washout schedule is based on true results from the Moscow Laboratory.

It was concluded that "in general the EDP documents can be considered reliable, unless there is a valid reason to find that the content of a particular document is not reliable".

Therefore, evidence in the EDP could be used to establish a doping failure.

The CAS arbitrator also determined whether the negative samples shown in Anti-Doping Administration and Management System (ADAMS) entries or the washout samples suggested athletes had either knowingly or unknowingly used banned substances.

The reliability of the ADAMS entries by the Moscow Laboratory were found to "not enjoy unreserved reliability" due to the established view that the Russian anti-doping regime was at that time in part corrupted, leading to RUSADA's non-compliance and the laboratory being stripped of its accreditation.

Excel files and emails from Tim Sobolevsky, Rodchenkov's assistant and who now works at the UCLA Olympic Analytical Laboratory, the world's largest WADA-accredited drug-testing facility, also failed to support athletes' assertions the London 2012 washout data was manipulated by Rodchenkov or modified at a significantly later date.

Rodchenkov's reliability was challenged with an athlete claiming he had been showed to be "anything but a credible witness".

He said his testimony "has already been found to be 'mere hearsay'" and "uncorroborated by evidence by several CAS panels".

While the arbitrator noted factors related to his character and circumstances called for a particularly critical assessment of the content of his testimony, Rodchenkov's evidence was not deemed to be completely unreliable.

It was claimed that where his testimony is consistent with other evidence in the case, it should not be left unnoticed.

This was the case regarding his testimony on the London 2012 washout samples, where information, people and dates was found to have matched documents.

Athletes had also argued tests at the 2012 Olympics which came back negative could be used to highlight their innocence.

Although it showed the athletes were deemed to be clean at the time, the samples were not found to prove their innocence in regard to the London washout samples, where desoxymethyltestosterone was detected.

The substance, according to Rodchenkov's testimony, has a 10-day detection window from the last dose.

"Negative result does not comprehensively show that there are no prohibited substances of their metabolites in an athlete's sample at the time," the reasoned decision ruled.

"Laboratories may not detect all prohibited substances in samples, especially if concentration is low.

"An athlete might test negative but there may be prohibited substances in his or her system."

The CAS verdict in the case of Russian cross-country skier Alexander Legkov was also used by athletes as part of their defence.

Legkov was successful in an appeal against a doping sanction last year, when CAS ruled they were unable to prove any of the "factual allegations" made by the International Olympic Committee.

His involvement on the "Duchess List" and Rodchenkov's testimony was not considered sufficient to prove a violation.

The sole CAS arbitrator noted the similarities in the cases but stated there were "various factual and legal differences which weaken the findings of the Legkov award in this case".

The difference between the washout and the Duchess lists were highlighted, with the latter providing disciplines and names and the London list including sample codes, collection dates, names and the alleged concentration of substances.

The burden of proof in the cases was also different.

The IAAF were also required to satisfy a burden of proof "greater than a mere balance of probability but less than proof beyond reasonable doubt".

In the Legkov case, the CAS insisted on absolute "proof" rather than a "beyond reasonable doubt" conclusion.

It was determined that the Legkov award had "very limited value" in these cases.

Ukhov and Shkolina were among the 12 athletes sanctioned by CAS.

Some cases had been fought solely on the basis of the McLaren evidence, while others were combined with analytical evidence gathered through retesting.

The AIU have stated a reasoned decision in the case of Anna Bulgakova, the 2012 European Championship hammer bronze medallist, will be published at a later date.

The CAS verdicts could potentially embolden other International Federations to begin pursuing cases against athletes implicated in the McLaren Report and the EDP.