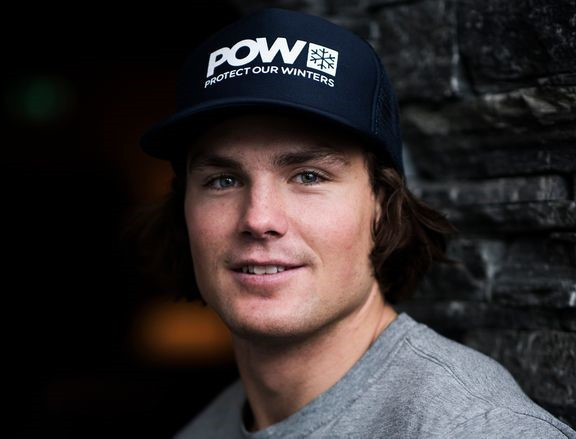 The Organising Committee of the 2019 International Ski Federation (FIS) Alpine World Ski Championships in Åre, which is bidding to co-host the 2026 Winter Olympic and Paralympic Games with Stockholm, is working with Protect Our Winters (POW) in an attempt to tackle climate change.

Åre 2019, which is currently ongoing and due to conclude on Sunday (February 17), aims to be the most sustainable FIS Alpine World Ski Championships ever.

To reach an even larger audience, Åre 2019 is co-operating with POW, an advocacy organisation with great experience in driving behavioural change.

POW has already asked FIS President Gian-Franco Kasper to step aside after his reported comments on climate change.

"There are many people who are committed to doing something about climate change which is good," Maja Tössberg, chairman of the Board of POW Sweden, said.

"POW is for anyone who loves snow and ice and wants to promote the fight against climate change.

"We need winter and nature.

"At the same time, we see things changing before our eyes.

"But we want our children and grandchildren to enjoy proper winters; that’s why we must act now."

An important part of POW's work is to influence decision-makers in politics, society and business.

At present, there is significant public discourse which also means that POW is becoming an increasingly strong voice in societal debate.

"Our biggest challenge is to transform talking into walking," Tössberg said.

"People are more knowledgeable so we expect to see behavioural change among politicians, business leaders and snow sports decision-makers.

"However, we are still a small non-profit organisation and for us it is helpful to co-operate with major events such as Åre 2019.

"We invite you to meet us in the Åre 2019 Sponsor Village to learn more about how, for example, travelling to and from Åre affects the climate."

During the 2018 national elections in Sweden, POW ran a campaign entitled "Choose Winter", a non-political project where all parties were asked what they plan to do to save winters.

POW aims to repeat the campaign in connection with the upcoming European Parliament elections, from May 23 to 26.

Other examples of POW's activities include workshops with partners, universities, film festivals or during ski test weekends.

"It is great to see that awareness is increasing, more companies are contacting us and our volunteer base is growing," Tössberg added.

"Nonetheless, this a project that will never end.

"If I were to set a goal, it would be to have a professional organisation in five years.

"We also want to be in a position to contact any average snow sports practitioner and they would know about us."

Last week, POW sent an open letter urging Kasper to step aside after he he was quoting speaking of "so-called climate change" and said he would rather deal with dictators than argue with environmentalists.

In an interview with the Swiss-German newspaper Tages-Anzeiger, Kasper said "dictators can organise events such as this without asking the people's permission" and that "from the business side, I say: I just want to go to dictatorships, I do not want to argue with environmentalists".

He also referenced "so-called" climate change, and when questioned further on that, responded: "We have snow, sometimes very much."

Kasper later claimed his comments "were not meant to be taken literally, but this was not clear in the final story".

The German sought to separate the challenges faced between finding hosts for the Summer and Winter Olympic Games.

He suggested there had been a focus from ski resorts to prioritise investment in summer sports, rather than winter, due to the challenges posed by climate change.

This was, partly, due to citizens acknowledging that there would be a reduction in snow over the next decade, according to Bach.

As a result, it is claimed, residents want their cities to focus efforts on summer activities.

The number of candidates for the Winter Olympics has dwindled in previous races.

Stockholm, Lviv, Kraków and Oslo all withdrew from the race for the 2022 Winter Olympics, leaving Almaty in Kazakhstan and eventual winners Beijing.

Sion in Switzerland and an Austrian effort from Innsbruck pulled out of the race for the 2026 race after losing referendums.

Sapporo in Japan opted to focus on a candidacy for 2030, while the Turkish city Erzurum was cut by the IOC and Calgary pulled out after residents voted strongly against bidding.

Stockholm and Åre is battling for the 2026 hosting rights against Milan and Cortina d'Ampezzo in Italy.

Doubts over political support continue to cast a shadow on both bids, however.

Swedish Olympic Committee President Mats Årjes believes that the FIS Alpine World Ski Championships provides an "important opportunity" to show that the country can deliver the Winter Olympics and Paralympics and that Åre's addition to the candidature file is a "natural step".

"Åre has been a key part of all of Sweden’s candidatures for the Olympic and Paralympic Winter Games," he said.

"It’s the only place in the country where you can host all of the Alpine competitions that make up the Winter Games.

Åre is considered a world-class winter sports venue, having hosted more than 100 events over the years, and Årjes believes that the experience of delivering elite sporting competition on a global scale stands the Swedish bid in good stead.

"I hope and believe that sustainability, which is clearly an important part of any future Olympic Games, is given the place it deserves," he added.

"The World Cup in Åre is a great example of that, because we’ve basically used 100 per cent of what was used in 2007 for the World Cup - and that’s exactly how it should be in the Olympics, too."