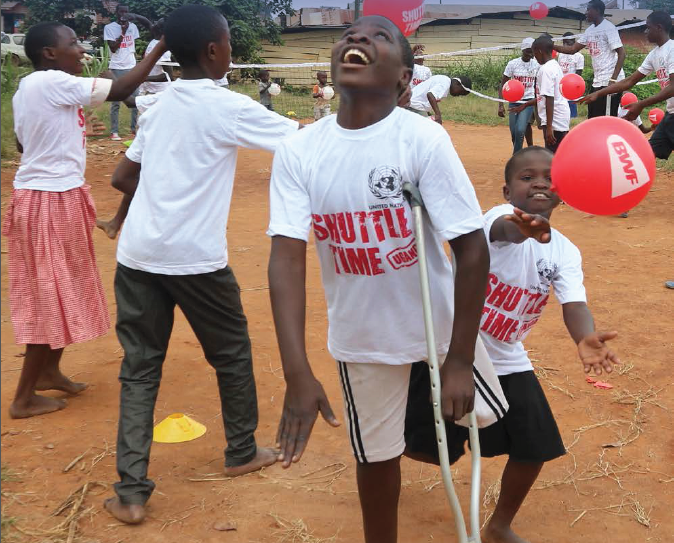 Badminton World Federation (BWF) President Poul-Erik Høyer has claimed their "Badminton For All" project has helped to empower nine developing countries in Africa.

The project is a joint initiative between the BWF and the United Nations Office on Sport for Development and Peace (UNOSDP).

Over the past two years, the programme has sought to develop badminton in Benin, Ethiopia, Togo, Ivory Coast, Kenya, Lesotho, Uganda, Zambia and Zimbabwe through the BWF's Shuttle Time programme.

First piloted in 2011, Shuttle Time is designed to act as a primary means of growing the sport among schoolchildren.

It is hoped the programme increases sports participation and physical activity in developing nations, as well as encouraging the inclusion of people with impairments.

As well as trying to develop the sport, the badminton for all project has also been aimed at highlighting the sport’s role as a "low-cost, high-impact tool in humanitarian, developmental and peacebuilding efforts", the BWF state.

"The Badminton for All Project has provided support to nine developing countries from the African region," Høyer said.

"The project has empowered these nine countries with the resources, equipment, and training needed to engage children with physical and intellectual disabilities in sport, through badminton.

"I would like to thank the Republic of Korea and the United Nations for their financial support and for their confidence in the BWF to deliver a successful and sustainable project."

The BWF said that more than 45 tutors and 1,111 teachers have been trained in the fundamental skills to be able to teach the sport as a result of the project.

Around 60,500 children, including those with disabilities, have reportedly participated in badminton workshops.

"It is proof of love that consolidates peace in the world."

The BWF said that the governing body will launch a new project in April to develop Para-badminton in Africa.

The project will be in partnership with the International Paralympic Committee and the Agitos Foundation.

It will be launched in Uganda from April 18 to 28, with the event coinciding with the Uganda Para-Badminton International.

The event will serve as a qualifier for the Tokyo 2020 Paralympics, where the sport will make its debut at the Games.

A player development camp will also take place in Uganda, along with coaches and national classifier workshops and the classification of new players.

A report on the project can be found here.