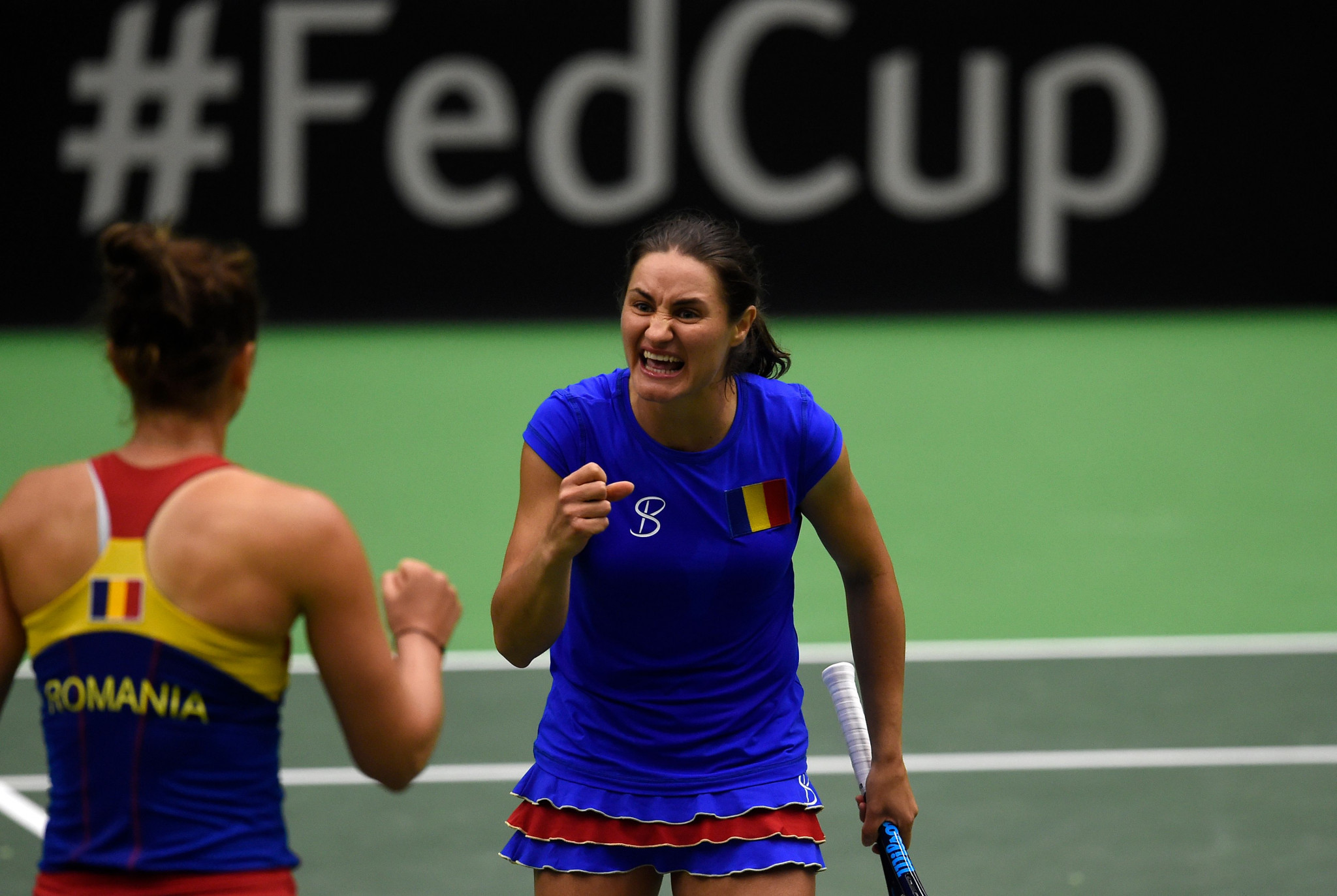 Begu and Niculescu fought back from a set down to overcome Katerina Siniakova and Barbora Krejcikova, the two top ranked women's doubles players in the world, 6-7, 6-4, 6-4 at the Ostravar Arena.

The surprise win for the Romanian duo handed the visiting team a tense 3-2 victory and ensured they progressed to the last four at the expense of the 2018 winners, who were denied an 11th successive Fed Cup semi-final.

The doubles rubber was required after the tie finished 2-2 following the end of the singles matches.

Halep's triumph moved Romania to the brink of qualifying for the semi-finals but Katerina Siniakova restored parity for the Czech Republic by defeating Mihaela Buzarnescu 6-4, 6-2 in a must-win rubber.

That left the tie poised on a knife-edge, with the Czech Republic banking on the world's best doubles players to see them through.

But the Romanian duo had other ideas, sealing victory in three-sets to earn an historic success in the Czech city.

Their opponents in the semi-finals will be France, who ousted Belgium 3-1 at the Country Hall du Sart-Tilman in Liège.

The French team had a 2-0 advantage going into the second day and secured their passage to the next round when Caroline Garcia thrashed Elise Mertens 6-3, 6-2.

Belarus went one better than France as they booked their semi-final spot by sweeping all four singles rubbers in their tie with Germany at the Volkswagen Halle Braunschweig in Braunschweig.

Aryna Sabalenka had the honour of sealing Belarus' last four berth as she dispatched Laura Siegemund 6-1, 6-1.

Australia will go up against Belarus in the semi-finals after they edged the United States 3-2 at the US Cellular Arena in Asheville.

After the two nations shared the singles rubbers, Ashleigh Barty and Patricia Hon teamed up to beat Danielle Collins and Nicole Melichar 6-4, 7-5 in the deciding doubles match.