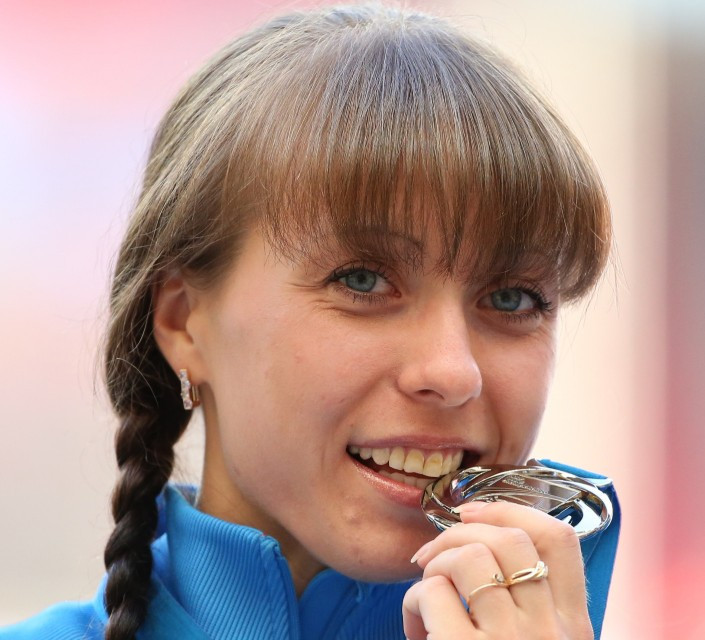 Russian race walker Anisya Kirdyapkina has been handed a three-year ban after a ruling by the Court of Arbitration for Sport (CAS).

The case was based upon anomalies with Kirdyapkina’s athlete biological passport (ABP).

The Russian have been stripped of her results achieved from February 25 in 2011 through to October 11 in 2013.

That means she will lose her silver medals from the 20 kilometre walk events at the 2011 and 2013 IAAF World Championships in Daegu and Moscow respectively.

It would be the second medal reallocation after original winner, Olga Kaniskina of Russia, was stripped of her gold medal for doping.

The 2011 winner China’s Liu Hong looks set to receive the 2013 silver medal, while her team-mate Sun Huanhuan could be upgraded to bronze in the 2013 event.

Russia’s Elena Lashmanova won the gold medal in 2013, before being handed a two-year doping ban in 2014.

Kirdyapkina, who has retired from competition, will also lose her gold medals at the 2013 Summer Universiade in Kazan.

The Russian had won the women’s 20km event in front of team-mates Irina Yumanova and Lina Bikulova, while Belarus’ Hanna Drabenia was fourth.

Russia would also lose their team gold medal due to Kirdyapkina’s sanction, with China poised to be elevated to first place.

Chegin, linked to more than 30 race-walkers implicated in doping cases, was banned for life in 2016.

He had been responsible for turning Russia's race walkers into a world-beating team, resulting in him being given near-total control of a state-funded training centre in Saransk named in his honour.

His success was undermined by more than 30 failed tests and doping cases by Russian walkers, more than 20 of them from his centre.

In July 2014 the RusAF dropped Chegin from their team support staff for that year's European Championships in Zurich after then President Valentin Balakhnichev claimed the high number of positive cases involving his athletes had "tarnished Chegin’s career".

An investigation was launched last year after allegations Chegin was continuing to coach athletes, despite his life ban.