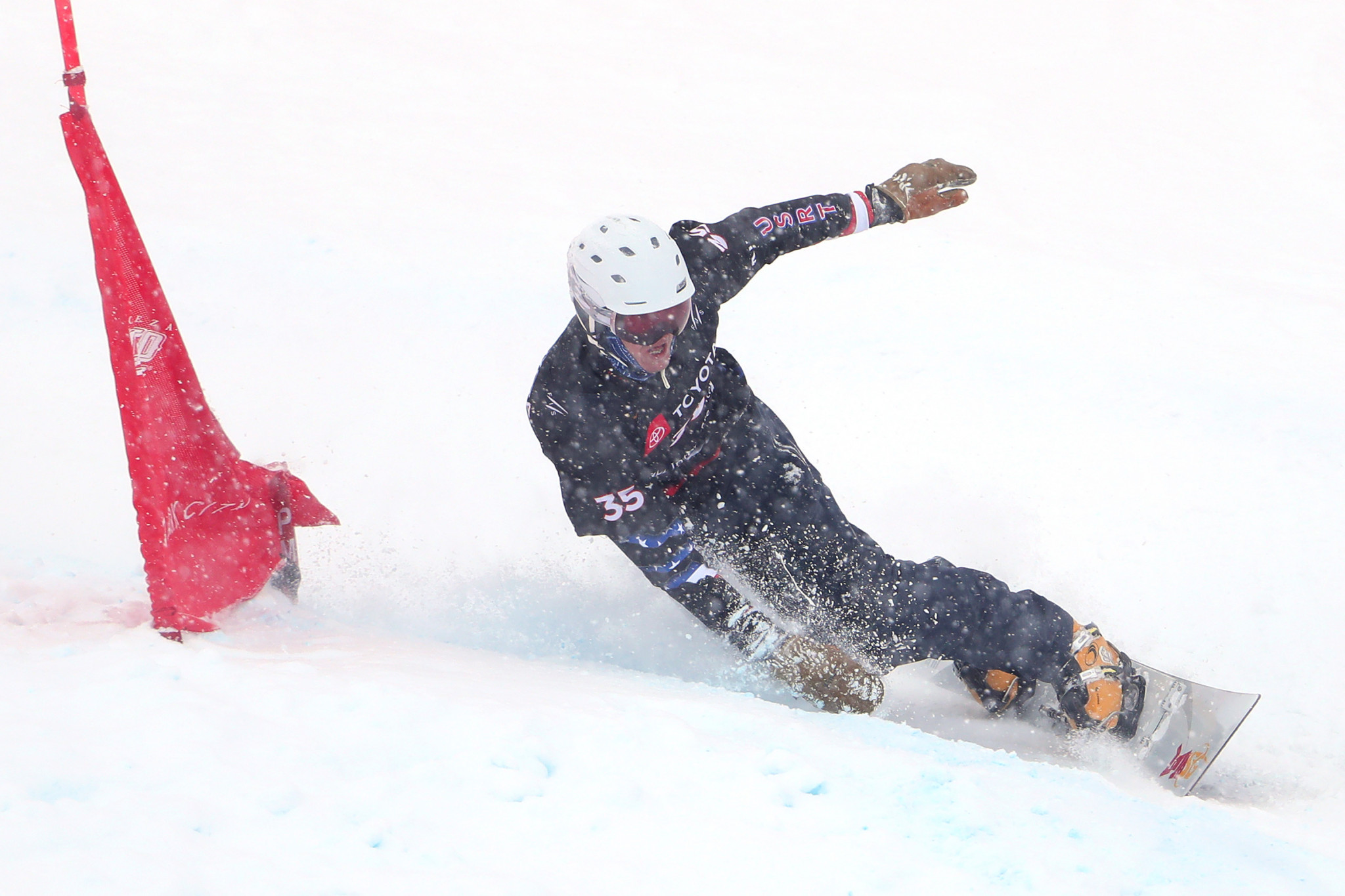 The 19-year-old, who became the youngest world champion in parallel giant slalom when he took that title yesterday, completed an unprecedented double by winning the parallel slalom in tough conditions today.

Victory for Loginov saw him make history as the first athlete to earn a clean sweep in the Alpine snowboard events at the World Championships.

He is also the first Alpine snowboarder to hold all four senior and junior world titles simultaneously.

The Russian defeated World Cup leader and top-ranked athlete Roland Fischnaller of Italy in the big final to continue his historic run of form in Park City.

The bronze medal was claimed by Germany's Stefan Baumeister, who overcame Loginov's team-mate Dmitry Sarsembaev in the small final.

Ramona Theresia Homfmeister of Germany proved too strong for Russian Maria Valova in the small final to take bronze.

"Today wasn’t the best conditions for me to race in, but I did do the best in this race, and it's just unbelievable," said Zogg.

There was disappointment for the athletes who were set to compete in the big air, one of the headline events at the World Championships, as the competitions were cancelled owing to heavy snowfall and plummeting temperatures at Park City Mountain's Canyons Village.

Organisers said the decision was regrettable but was made for safety reasons.

The event will not be rescheduled, meaning there will not be a big air men's and women's world champion crowned this year.

"There is an awful lot of snow coming in to Park City in the next 24 hours, and the temperatures are dropping fast," said Organising Committee President Calum Clark.

"This means that we have had to take the toughest of decisions, cancelling one of the headline events of these World Championships.

"We looked in detail at every option open to us, but the Organising Committee agreed unanimously that the safety of the athletes taking part in the competition is our primary concern, as is the smooth running of the rest of the schedule.

"Despite this news, we have five more days of incredible action to look forward to, and many more World Champions to crown."

Freeski slopestyle qualifiers were postponed until tomorrow, when finals in the event are scheduled to take place alongside the aerials and snowboard halfpipe qualification.