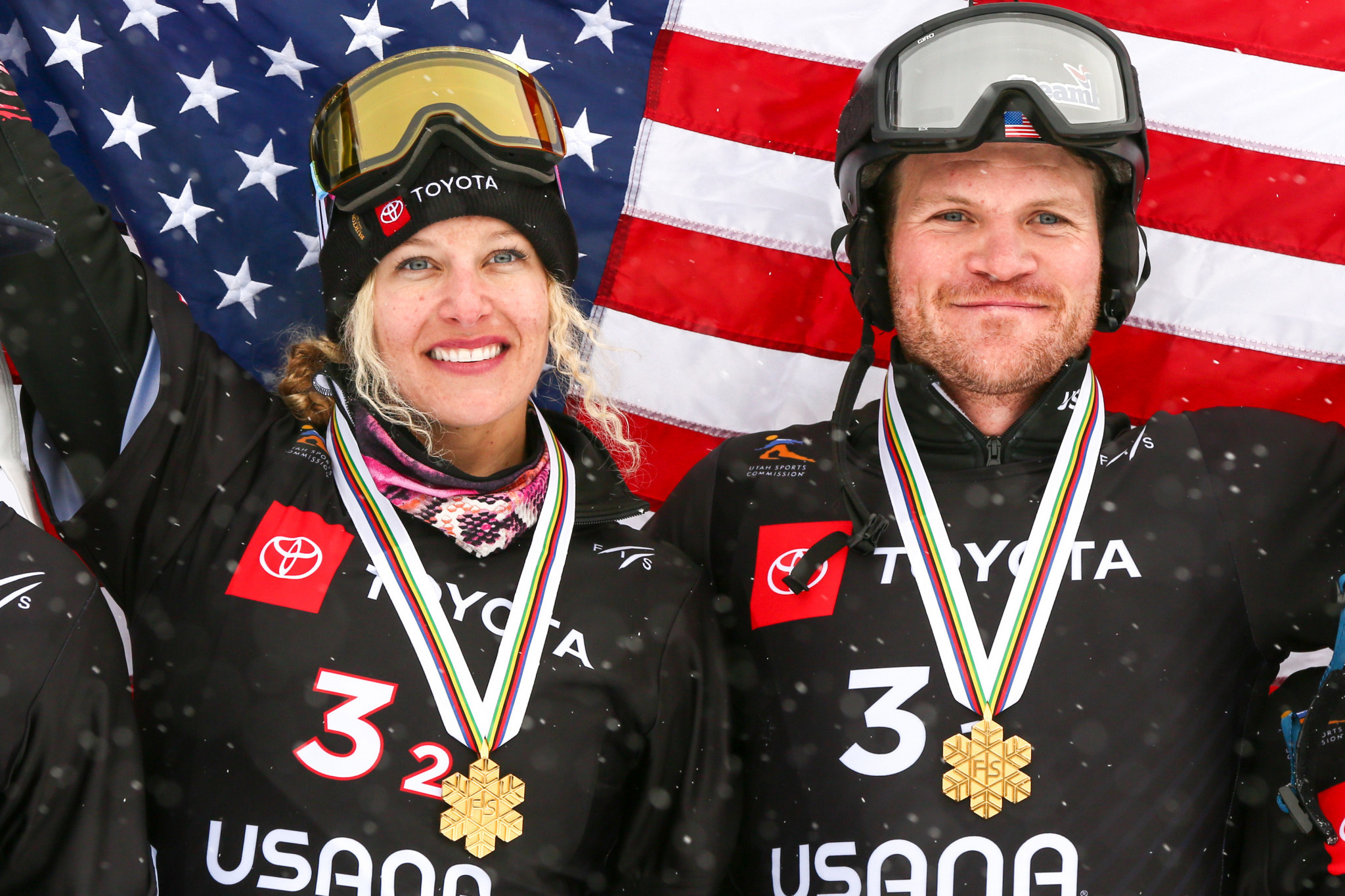 As the sun rose in the Solitude resort there were initially doubts as to whether the final would go ahead after an overnight storm dropped 20 centimetres of fresh snow on the course, but with all hands put to use racing did start on time.

Action began with 16 teams looking for gold, which was slowly whittled down to four for the big final.

Up against the US pair were Italy's Omar Visitin and Michela Moioli, who took silver, Germany's Paul Berg and Hanna Ihedioha, who claimed bronze, and a second Italian team of Emanuel Perathoner and Francesca Gallina who came fourth.

With the men racing first, Dierdorff ended the first leg in last place, just over half-a-second behind the others.

Thankfully for him, Jacobellis, a five-time women's world champion and 10-times X Games winner, overook everyone by the second corner and was not caught.

It marked Dierdorff's second gold of the Championships, having also won the individual men's event.

"Two gold medals, yeah, it was absolutely in my dreams," he said.

"It's such an awesome mountain and all the people supporting us, to make that dream come true here is just incredible."

Jacobellis added that it was a "great experience" being paired with Dierdorff.

"I was happy with my performance in the individual race on Friday [where she came fifth] but to turn it around here and have a game plan with Mick that we were able to execute today, I'm really happy with that."

The Championships will continue tomorrow with the men's and women's snowboard parallel giant slalom.