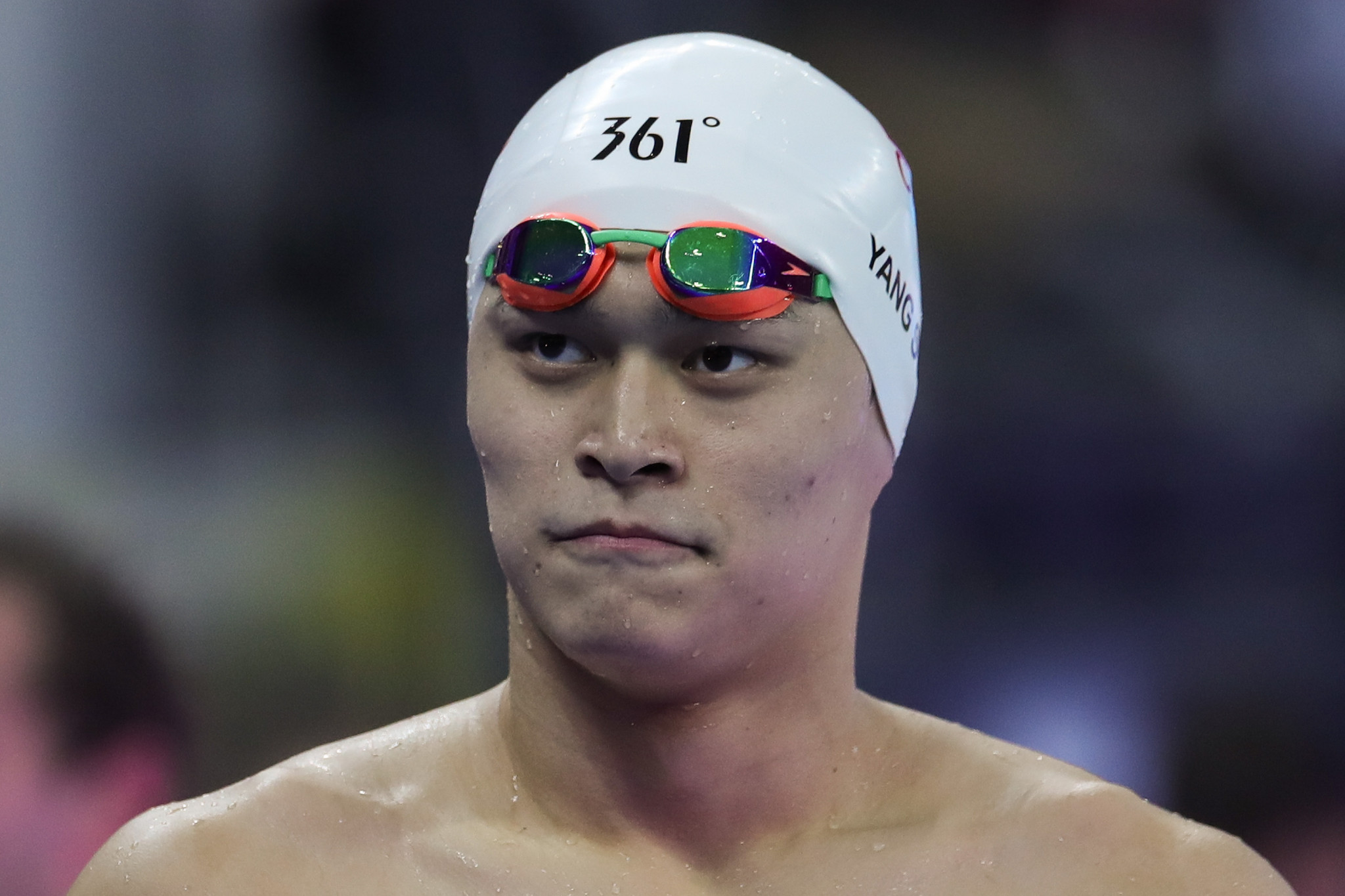 The Chinese Swimming Association (CSA) has backed London 2012 and Rio 2016 Olympic champion Sun Yang, saying he has not violated anti-doping rules after it was reported a vial of his blood was destroyed in front of testers.

British newspaper The Sunday Times alleged that Sun and his bodyguard used a hammer to smash the vial of blood after questioning the authenticity of the tester's identification card.

The International Swimming Federation (FINA) have already ruled in Sun’s favour on the matter but the World Anti-Doping Agency (WADA) are said to be considering taking the case to the Court of Arbitration for Sport.

Citing FINA’s decision, the CSA released a statement saying they back their swimmer.

"As a result [of FINA's ruling], the sample collection session initiated by IDDM [the organisation authorised by FINA to conduct tests] on September 4, 2018, is invalid and void," they said, according to Chinese state news agency Xinhua.

"After FINA called up an investigation of the issue, CSA ordered Sun Yang to fully co-operate with FINA and truly report every detail of the affair.

"According to the final decision of the FINA Doping Panel, FINA confirms the athlete did not commit an anti-doping rule violation."

According to The Sunday Times Sun, who holds the world record in the men' 1,500 metre freestyle and is the reigning Olympic 200m freestyle champion, had a vial of blood taken at a clubhouse near his home in Zhejiang province in China, but then took issue with the authenticity of the tester's ID card.

As a row escalated Sun's mother reportedly ordered a security guard to smash the vial, while The Sunday Times say Sun also refused to provide a urine sample.

Sun's lawyer Zhang Qihuai told Xinhua the reports were "untruthful" and a "great deal" of evidence had been sent to FINA to prove no wrongdoing had taken place.

Qihuai added the testers had not been able to produce a nursing licence and that they "fabricated an untruthful report claiming Sun Yang broke anti-doping rules".

However, according to The Sunday Times, FINA's decision to clear Sun was based at least in part on testimony from the head of the Zhejiang Anti-Doping Centre Dan Zhaoqi, who it said did not witness the events.

Sun has now threatened legal action against the newspaper.

Addressing the issue, FINA released a statement saying they are aware of reports on the matter but added that they are “not authorised to comment” on the decision of their Doping Panel.

“Moreover, FINA will not consider further speculation and hearsay on this matter,” they said.

The body added they have “zero tolerance” for the use of banned substances and that they remain “completely committed” to protecting clean athletes.

In a statement of their own sent to insidethegames, WADA said they have no comment "at this time".