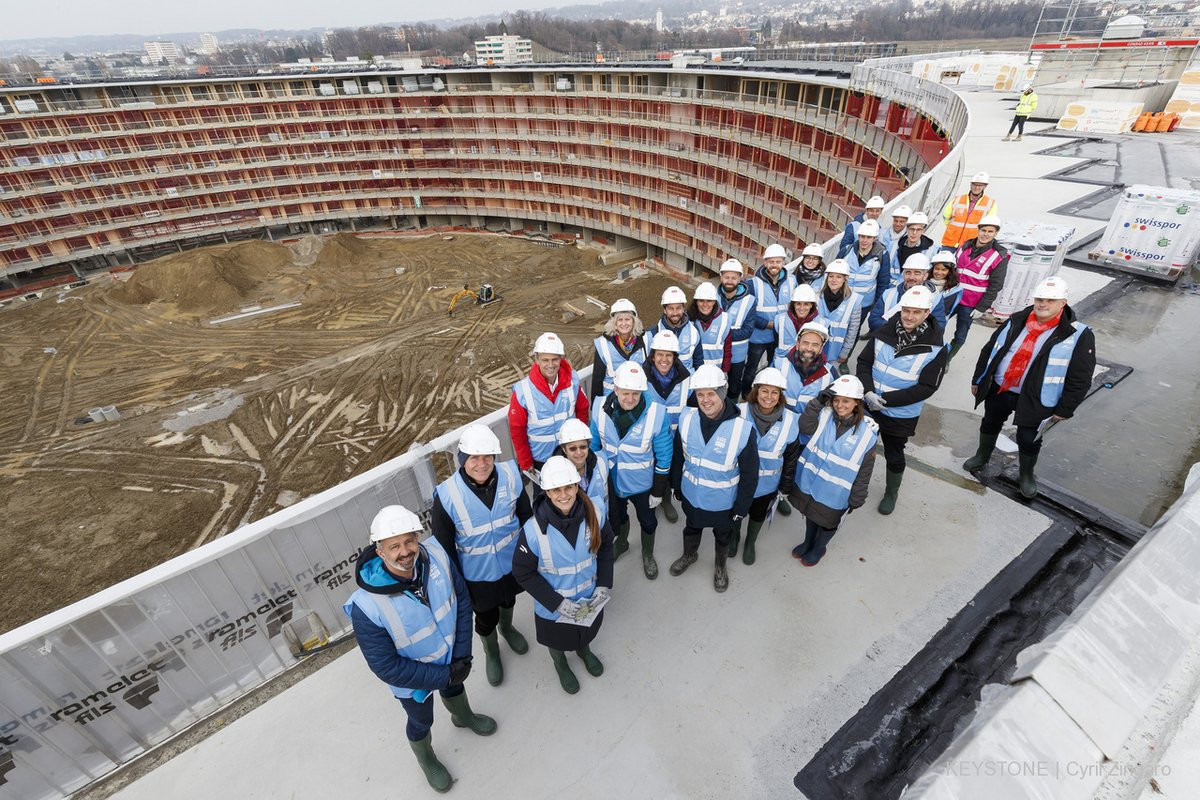 International Olympic Committee (IOC) Coordination Commission chairperson Danka Barteková has called on Lausanne 2020 to focus on ensuring venues are full and "creating an electric atmosphere" at next year's Winter Youth Olympic Games after the group concluded a two-day inspection visit.

Barteková praised organisers for their progress and claimed the only two major construction projects required for the event - the Youth Olympic Village and a new ice hockey arena - were "on time and on schedule".

The Slovakian shooter, vice-chair of the IOC Athletes' Commission, told insidethegames the venues were "both looking fantastic" as they toured facilities due to be used at next year's Winter Youth Olympics.

The Coordination Commission inspected the Athletes' Village and the ice hockey arena, which will also host the Opening Ceremony on January 9, in Lausanne.

The panel also visited the Leysin resort, the venue for freestyle skiing and snowboarding which is 60 kilometres from the Olympic capital.

Discussions were held with the Organising Committee under its new President Virginie Faivre, appointed to replace the late Patrick Baumann earlier this month.

Asked what the main challenges were for Lausanne 2020 in the coming year, Barteková said: "Rather than challenges I would define them as big objectives to hit.

"The project is in good shape, so they need to focus on having full venues, creating an electric atmosphere full of young people and families and a festival feeling at each of the Youth Olympic Games sites across Switzerland and France.

"The next 12 months will be crucial to continue to build on the great engagement activities work implemented across the whole country."

The "Vortex" Youth Olympic Village was not supposed to be finished until late 2020 or even 2021 but was brought forward after a request by Lausanne 2020.

It will house around 900 athletes, who will benefit from freshly-built rooms and amenities, before it becomes university accommodation after the Games.

"We see that they are on time and on schedule and after the venue visits to the Vortex and Malley ice rink they are both looking fantastic," Barteková said.

"Both these venues will provide great legacy for Lausanne serving as much needed student housing and the new home of Lausanne Ice Hockey Club.

"The Vortex was a much-needed student facility and accommodation, and while the Youth Olympic Games sped up the process, we have been assured that the delivery is on time.

"We visited the Vortex yesterday and as an Athlete Village it will be a unique experience for all the participants under one roof."