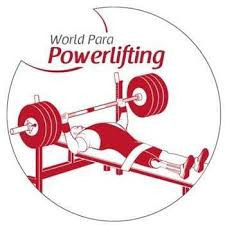 Indian powerlifter Vikram Singh Adhikari has been banned for four years after he committed a second anti-doping rule violation.

The International Paralympic Committee (IPC) confirmed Adhikari, who competed at the Sydney 2000 Paralympic Games, had tested positive for a prohibited substance during a World Cup event held in 2017.

The IPC said a sample provided by the 39-year-old at the Fazza 2017 World Para Powerlifting World Cup in Dubai contained clomiphene, which can be used to accelerate testosterone secretion.

It is banned both in and out-of-competition by the World Anti-Doping Agency.

Adhikari's suspension has been backdated to the date of notification and he will not be able to return to competition until April 26, 2021.

"World Para Powerlifting continues to deliver the information and awareness programme "Raise The Bar" to educate athletes and their support personnel about anti-doping matters," a statement from the IPC read.

"The IPC would like to remind all athletes the principle of strict liability applies to anti-doping matters."

Adhikari's appearance at the 2000 Paralympics in Sydney remains the only time he has represented his country at the event.

He finished 14th in the 56 kilograms competition at the Games.

Adhikari's best result at the World Championships came when he claimed ninth place in the same weight category in 2002.