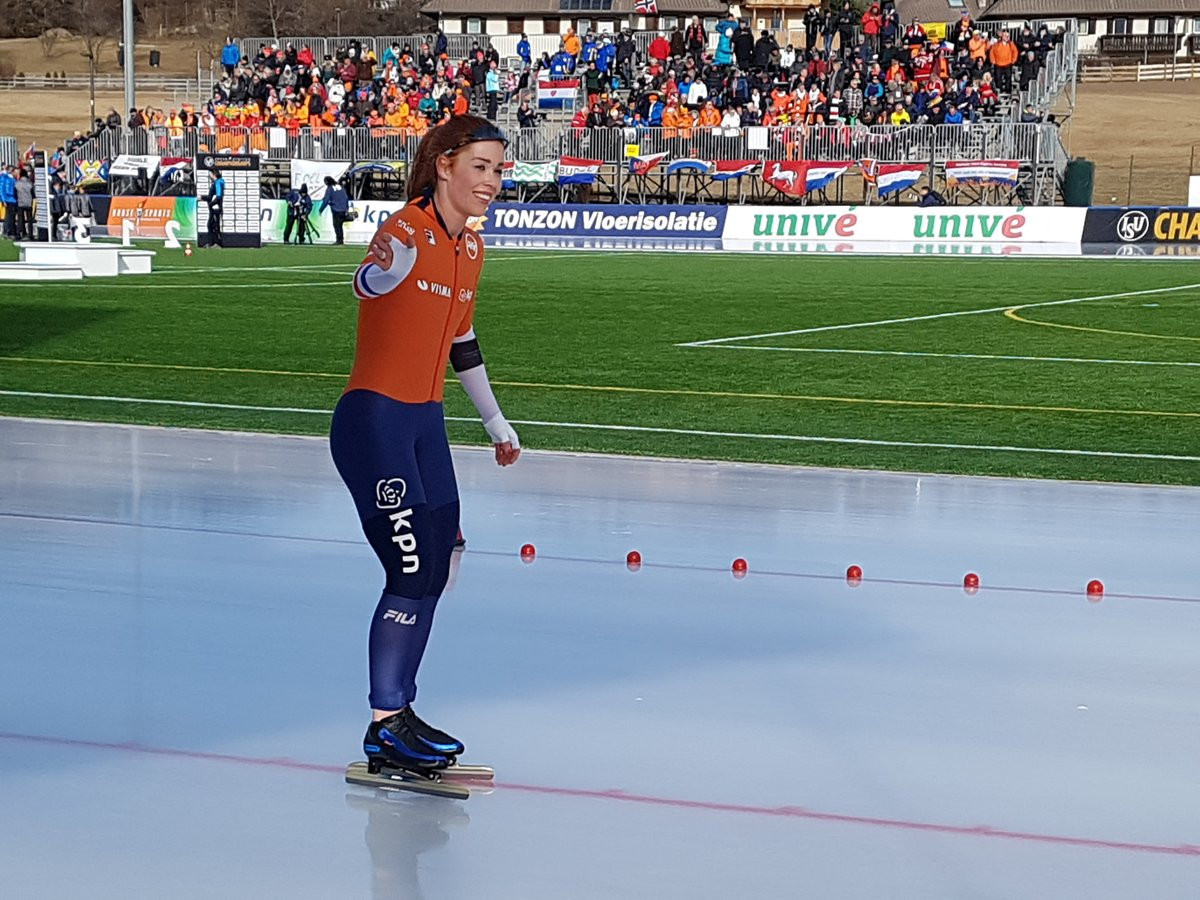 It has been another strong day for The Netherlands at the International Skating Union European Speed Skating Championships in Italy as Antoinette de Jong claimed the women’s allround title and Kai Verbij retained the men’s sprint.

Having raced in the 500 and 3,000 metres yesterday at the Ritten Arena in Collalbo, de Jong sealed her allround victory with strong performances in both the 1,500m and 5,000m.

The team pursuit Olympic silver medallist from Pyeongchang 2018 finished top in the 1,500m in 1min 57.03sec and then came second behind only Martina Sáblíková from The Czech Republic in the 3,000m.

Having already won the 500m, 3,000m and 1,500m by that point though, second place in the final event was comfortably good enough to claim the gold medal.

Sáblíková’s win in the last race in a time of 7:03.880 helped her seal the silver medal overall, while the bronze went to Italy’s Francesca Lollobrigida, who finished third in both the 500m and 3,000m yesterday before coming second and sixth in the two races today.

In the men’s sprint the 2017 world champion Verbiij won the second 500m and then finished second in the last race, the 1,000m, to retain his European crown.

The 24-year-old won his first race today in a time of 34.93sec, having also won both races yesterday.

Having performed poorly in the three other events however, that result for Krol only saw him finish 17th overall.

Rukke, meanwhile, came sixth in the 500m and 10th in the 1,000m, to back up finishes of second and fifth in yesterday’s races.

Elsewhere, action began today in the men’s allround, with racing at 500m and 5,000m.

Latvia’s Haralds Silovs took the win at 500m in 36.339 ahead of another two Norwegian’s Håvard Bøkko and Sverre Lunde Pedersen.

Two Dutchmen, Sven Kramer and Patrick Roest, then took first and second place in the 5,000m, with Kramer winning in 6:17.661.