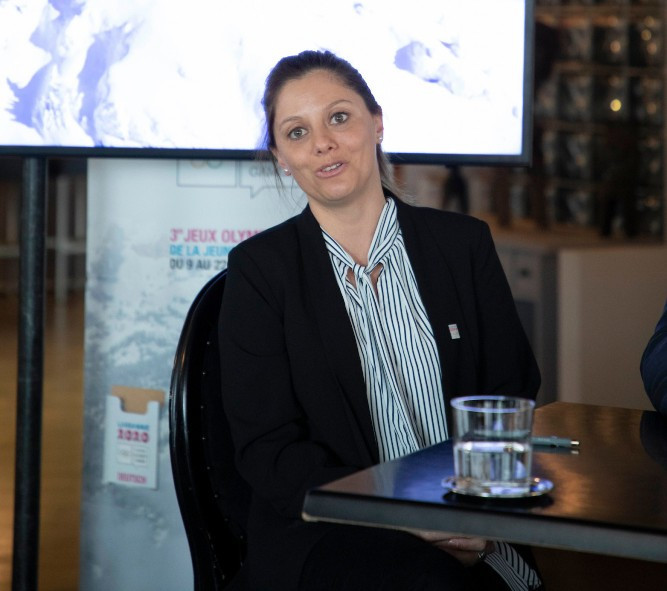 Faivre told insidethegames it was a "privilege" to build on the foundations of her predecessor, who died suddenly at the age of 51 after suffering a heart attack while attending the 2018 Summer Youth Olympic Games in Buenos Aires.

The 36-year-old three-time freestyle skiing halfpipe world champion was appointed to replace Baumann as President earlier this month and officially began her role on Monday (January 7).

Baumann had been a key figure in the Lausanne 2020 project since its inception and was one of sports governance's most influential officials, also serving as an International Olympic Committee member and President of the Global Association of International Sports Federations among other roles.

"I have huge respect for Patrick and I am glad that I got to work and learn from him, it was an honour," Faivre said.

"It is even more a privilege to work in the continuity of what he has built.

"I have a different experience from Patrick, I come as an athlete, I have another background and I will bring a different touch."

Faivre added: "I will do my best to honour him and all the team want to make the Games even more perfect.

"It was hard and it is hard for sport, his family and his close friends and we always have him in our minds."

Faivre declined to reveal whether Lausanne 2020 had any specific memorials to Baumann planned at next year's event.

Organisers last week celebrated the one year to go milestone until the Opening Ceremony by unveiling "Yodli", a cross between a cow, dog and goat, as the Lausanne 2020 mascot.