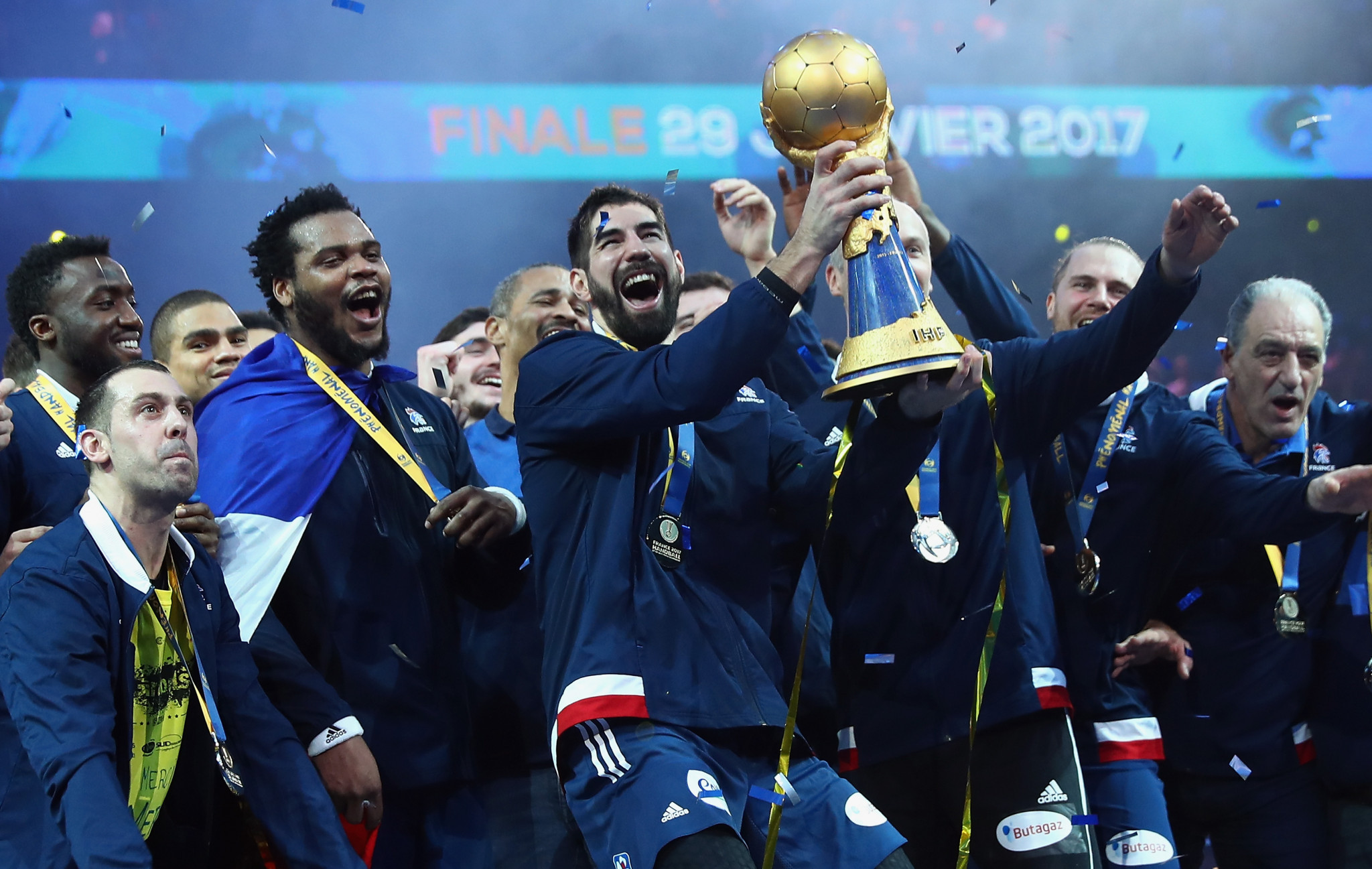 The 2019 International Handball Federation Men's World Championship will begin across Germany and Denmark tomorrow, with reigning champions France looking to win the title for the third successive time.

The tournament features 24 teams split into four groups of six, with the French in Group A alongside Russia, joint hosts Germany, Serbia, Brazil and a unified-Korean team.

It will be the last World Championships to feature 24 sides, with the competition set to expand to 32 from 2021.

The other host nation Denmark, who are also the reigning Olympic champions, are in Group C with 2017 silver medallists Norway, Austria, Tunisia, Chile and Saudi Arabia.

The silver medallists from 2015, Qatar, are in Group D alongside Hungary, Sweden, Argentina, Egypt and Angola, while Group B features Spain, Croatia, Macedonia, Iceland, Bahrain and Japan.

Just two matches will take place tomorrow on day one, with the 2016 Olympic bronze medallists Germany facing Unified Korea at the Mercedes-Benz Arena in Berlin, while Denmark will play Chile at the Royal Arena in Copenhagen.

The Korean team is the latest example of sport being used as a "vehicle for peace" between South Korea and North Korea.

Reigning champions France will start their campaign on day two against Brazil in Berlin.

Matches will also take place at the Olympiahalle in Munich and the Jyske Bank Boxen in Herning during the group phase.

The top three teams in each group will reach the main round stage of the tournament.