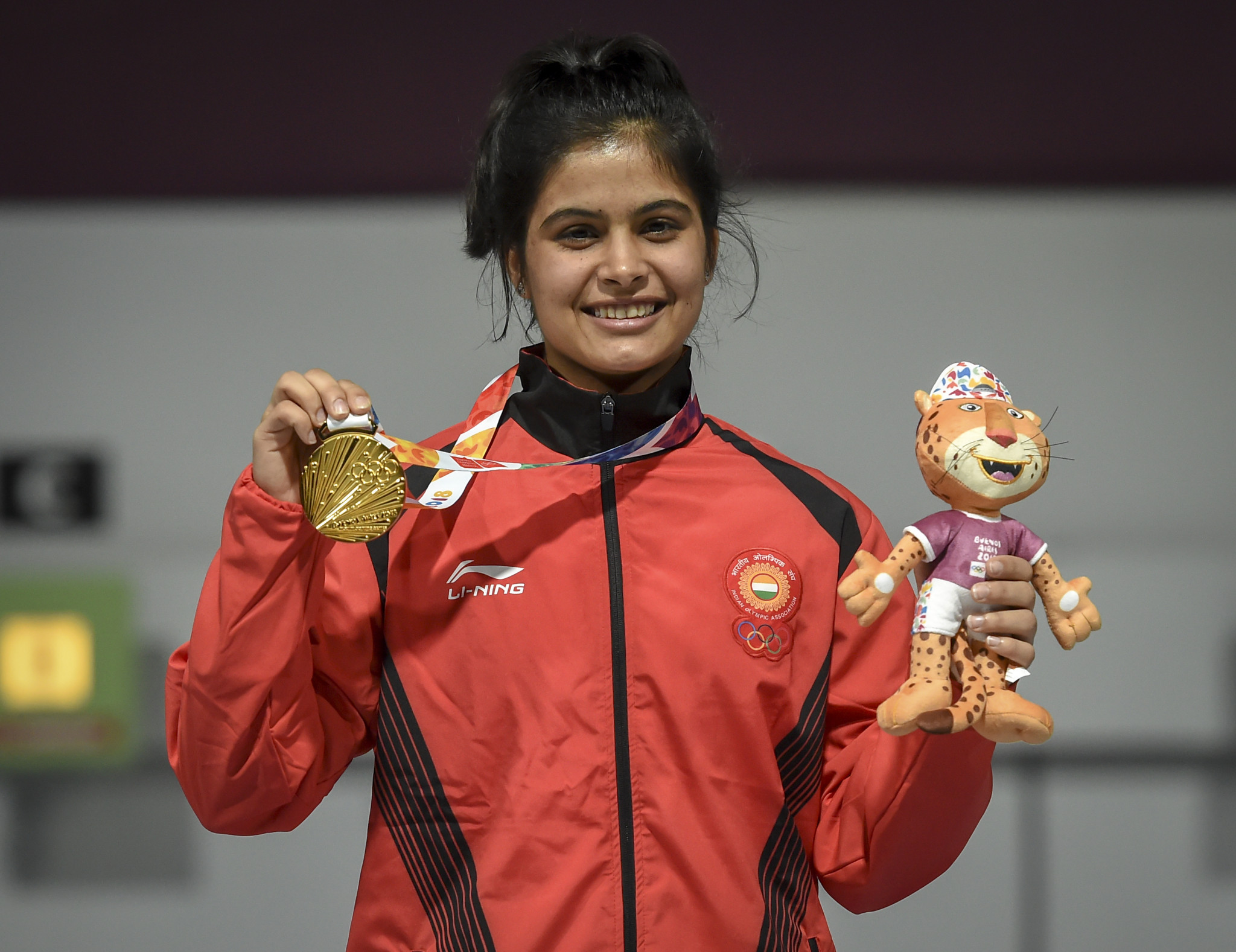 Manu Bhaker is set to receive a medal bonus following her gold at the Buenos Aires 2018 Youth Olympics, after reminding a state official of a promise made in October.

The Indian shooter secured gold in the women's 10 metres air pistol event at the Games in Argentina's capital city.

Bhaker had been promised a cash prize by Anil Vij, the Sports Minister of the state of Haryana.

Vij criticised the shooter in response, but stated that the prize would probably be paid this month.

"Manu Bhaker should have first confirmed it from the Sports Dept. before going to public domain," he wrote.

"It is disgusting to denounce a State Govt which is giving highest awards in the country.

"Bhaker will get two crores as tweeted by me and as per notification at that time.

"There should be some sense of discipline in players.

"Bhaker should feel sorry for creating this controversy.

"She should focus on her game only."

There should be some sense of decipline in players. Bhaker should feel sorry for creating this controversy. She has a long way to go. She should focus on her game only.

Vij also claimed the State Government had increased the prize money awarded to athletes at the Youth Olympics from the previous two editions.

She triumphed in the women’s 10m air pistol event at the Commonwealth Games, achieving a Games record score of 240.9 points.

Bhaker also won a World Cup gold medal in the event in the Guadalajara, along with securing the mixed 10m air pistol final in the Mexican city.