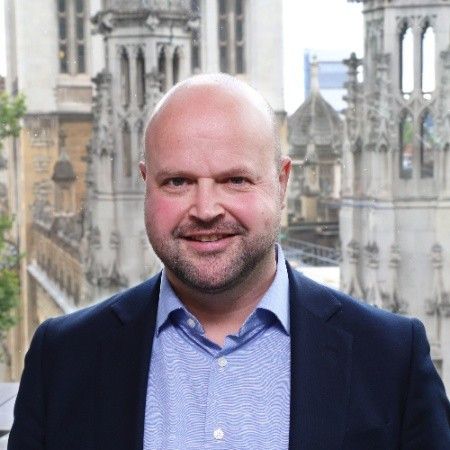 The International Biathlon Union (IBU) have confirmed they have received the first interim report of their External Review Commission investigating historic allegations made against the governing body.

Confirmation followed the IBU Executive Board meeting in Hochfilzen, which coincided with the Biathlon World Cup event in the Austrian town.

The Commission was established in November with the remit of investigating historic anti-doping, compliance, ethical and disciplinary matters.

The Commission largely came as a result of criminal investigations focused on doping, fraud and corruption against former President Anders Besseberg, from Norway, and secretary general Nicole Resch, who is German.

This included allegations made by the WADA Intelligence and Investigations Department that the previous IBU President had covered up anti-doping rule violations by Russian biathletes, with the assistance of the then IBU Secretary General.

The interim report confirms contact has been made with the head of the criminal authorities in Austria and Norway to reflect the Commission’s support and assistance.

Taylor confirmed Austrian criminal investigators have granted the Commission access to documents in their ongoing investigation.

While the Commission are reviewing the documents, Taylor revealed, "it is already clear that there is important evidence in that file".

Taylor also revealed contact has been made with two important witnesses, with a process of obtaining and formally recording their evidence underway.

Information supplied by WADA from the Moscow Laboratory's LIMS database relating to the results of analysis of samples provided by biathletes has also been received.

The Commission’s next steps are set to include setting up a secure and confidential file-sharing system to assist in the collation and organisation of evidence.

After reviewing evidence from the Austrian criminal file, WADA and two witness, the Commission will then establish a witness review plan, starting with current and former IBU directors, officers, employees and representatives.

It is expected this process will begin in the first quarter of 2019.

Analysis of IBU statutes, rules and regulations during the period concerned and identification of the most relevant provisions in respect of which any disciplinary proceedings may be brought, should breaches have occurred, will be conducted.

Austrian lawyer Dr Christian Dorda, one of the Commission members, is also set to contact the IBU Working Group currently producing revised statutes, rules and regulations to establish the most efficient and effective means of coordinating with and providing the input of the Commission to that group.

Along with Taylor and Dorda, the Commission includes German lawyer Dr Anja Martin with an athlete member expected to be appointed in the near future.

As well as confirming the receipt of the interim report, the IBU announced they would not take action at this stage against the Russian biathlon team at this time.

It followed Austrian police making enquiries "based on fraud in connection with doping", as well as alleged "use of prohibited substances and/or methods for the purpose of doping" by five team members.

The investigation was launched prior to the IBU World Cup event.

"The Executive Board reiterated that it will not take any action against the Russian biathlon team at this time, in part because the Austrian authorities have not provided any additional information to the IBU concerning the ongoing investigations, beyond what was published," an IBU release said.

The IBU, however, confirmed representatives from the governing body would visit Moscow this week for a meeting with the Russian Biathlon Union (RBU).

The RBU are only a provisional member of the IBU having been suspended due to the doping crisis.

They are required to meet 12 criteria in order for the federation to be reinstated as a full member, including granting access to the Moscow Laboratory and increased testing.

The IBU representatives are expected to conduct a first review of the status regarding the criteria on their visit.

It was also revealed that the IBU Executive Board would appoint an additional independent anti-doping officer at its events to further enhance its anti-doping programme.

They also agreed the members of its recently established IBU thics Commission would soon be published.

The allocation formula for the additional development contribution for National Federations was also decided, with the IBU expressing their aim to provide greater support to its members.

"We have started the work and we have sent to all stakeholders the first survey to ask for input into our strategic plan," he said.

"We will summarise that and then have workshops with all our stakeholders including athletes, media and National Federations. From this we will make a plan for the next four plus four years.

"We also have a full review of our Constitution.

"What is so important is that we focus on good governance.

"There are a lot of items to settle for the new Constitution and how we can improve good governance.

"You are fully aware some bad things have happened inside the IBU, now it is so important to gain the trust, especially from the athletes.

"We will work very carefully and we have established an independent External Review Commission that will look into breaches of our Constitution and rules."