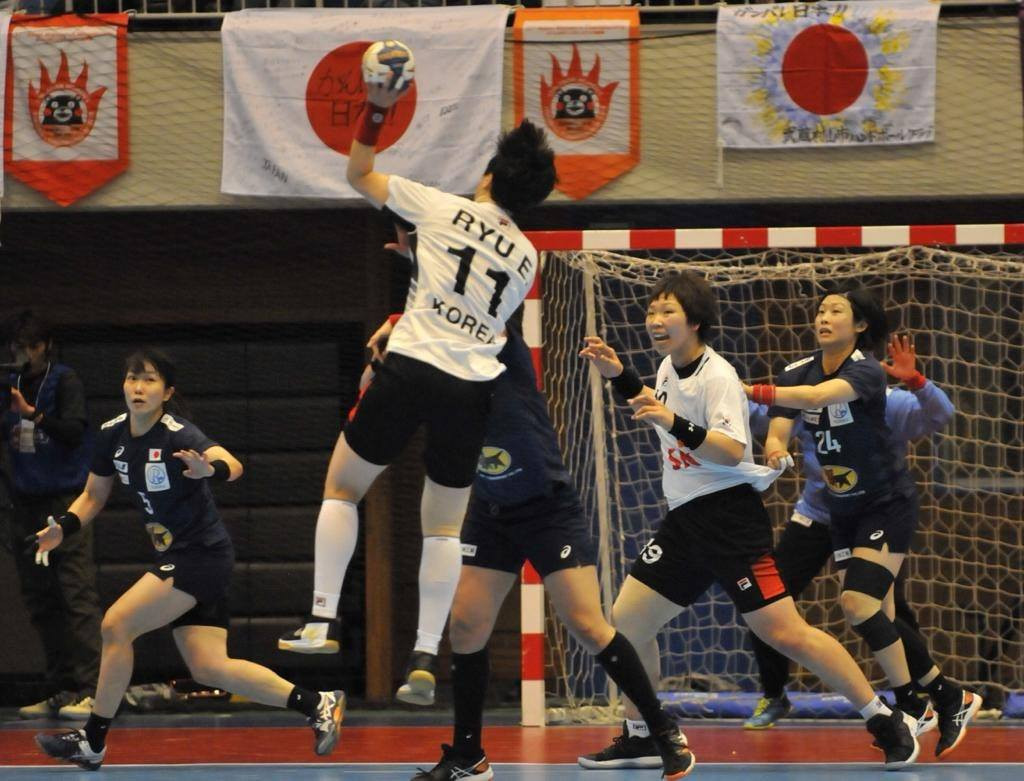 South Korea beat hosts Japan in the final of the Women's Asian Handball Championships in Kumamoto to win the title for the fourth consecutive year.

The defending champions triumphed over hosts Japan 30-25 in the final at the Kumamoto Prefectural Gymnasium to win their fourth consecutive title and 14th overall.

China took the bronze medal after they defeated Kazakhstan 27-21 at the same venue.

All four teams have now qualified for the International Handball Federation Women's World Championships due to take place in Japan next year.

Action continued today at the European Women's Handball Championships, with the competition now into the main round.

Hosts France drew with Sweden 21-21 in Group I at the Hall XXL in Nantes, while Serbia lost to Russia 29-25.

Two Group I games are due to be held tomorrow, with Denmark meeting Russia and Serbia taking on Montenegro.

In the quarter-finals of the African Women’s Handball Championships in Brazzaville, hosts Congo suffered a narrow 22-21 defeat to Cameroon at the Kintele Sports Complex to exit the competition.

Angola progressed to the semi-finals after a 41-17 win against Algeria, as did the Democratic Republic of Congo following a 37-30 victory over Tunisia.

Senegal secured the last semi-final place, defeating Guinea 23-16 to do so.

They are now scheduled to play the Democratic Republic of Congo tomorrow, while Angola will meet Cameroon.