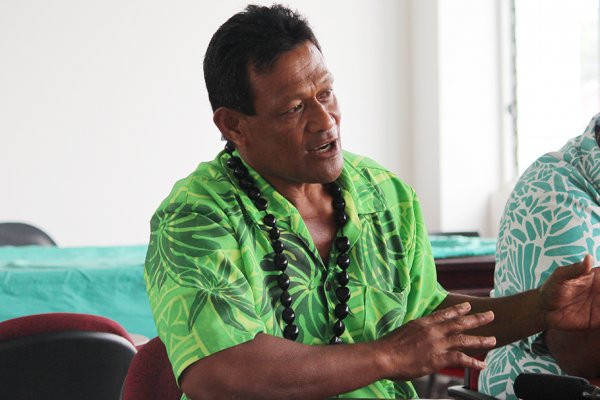 The director of the Organising Committee for next year's Pacific Games in Samoa has resigned from his position with less than eight months until the start of the event.

Palamo was appointed director in May 2018 and was tasked to work alongside Matatia to prepare for the Games scheduled to take place from July 7 to 20.

Sio revealed he asked Aveau to reconsider his decision when he informed him of his intention to quit last month.

"He actually came down to the office and said that he was going to walk away," he was reported as saying by RNZ.

"I was caught by surprise with what he said.

"I think with the working relationship with the chief executive, it seems that it's not in a comfortable way of working together.

"I just said to him to go and have a break and think about it and come back to me, and I'll see what I can do.

"Well, actually, he didn't come back anyway so I thought that he had already made up his mind not to go back to the job."

Speaking to the Samoa Observer, Aveau said: "I walked out a month ago as I cannot work with those guys."

Sio claimed that he spoke to Matatia following Aveau's visit to his office in an attempt to rectify the situation.

"I called up the chief executive to come and clear this out and see what I can do just because I am a bit concerned with the time - that we have a short period of time - and he's thinking of walking out," he said.

"But the chief executive came up and he mentioned some... issues they're having - some key performance indicators that he is not coming up with [in] the right time and complying with.

"It seems that Niko doesn't really want to cooperate in a way, so it seems that there's no way for him to respect the idea he [Matatia] is the chief executive."

RNZ reports that a new director has already been appointed but that his or her identity has not been announced as of yet.

Sio insisted there is no need to panic.

"The exit of Aveau will not have any impact on the preparations; we are still proceeding with our plans in place," he was reported as saying by the Samoa Observer.

"It is sad the turn of events, however the fact remains we have the Pacific Games to prepare for and that is the main focus of the [Organising] Committee as it stands."

Samoa was awarded the 2019 Pacific Games in December as a replacement for Tonga.

Matatia hopes the Games will build on the legacy of the 2007 edition of the event, which also took place in Samoa.

Papua New Guinea's capital Port Moresby staged the most recent edition of the Pacific Games in 2015.