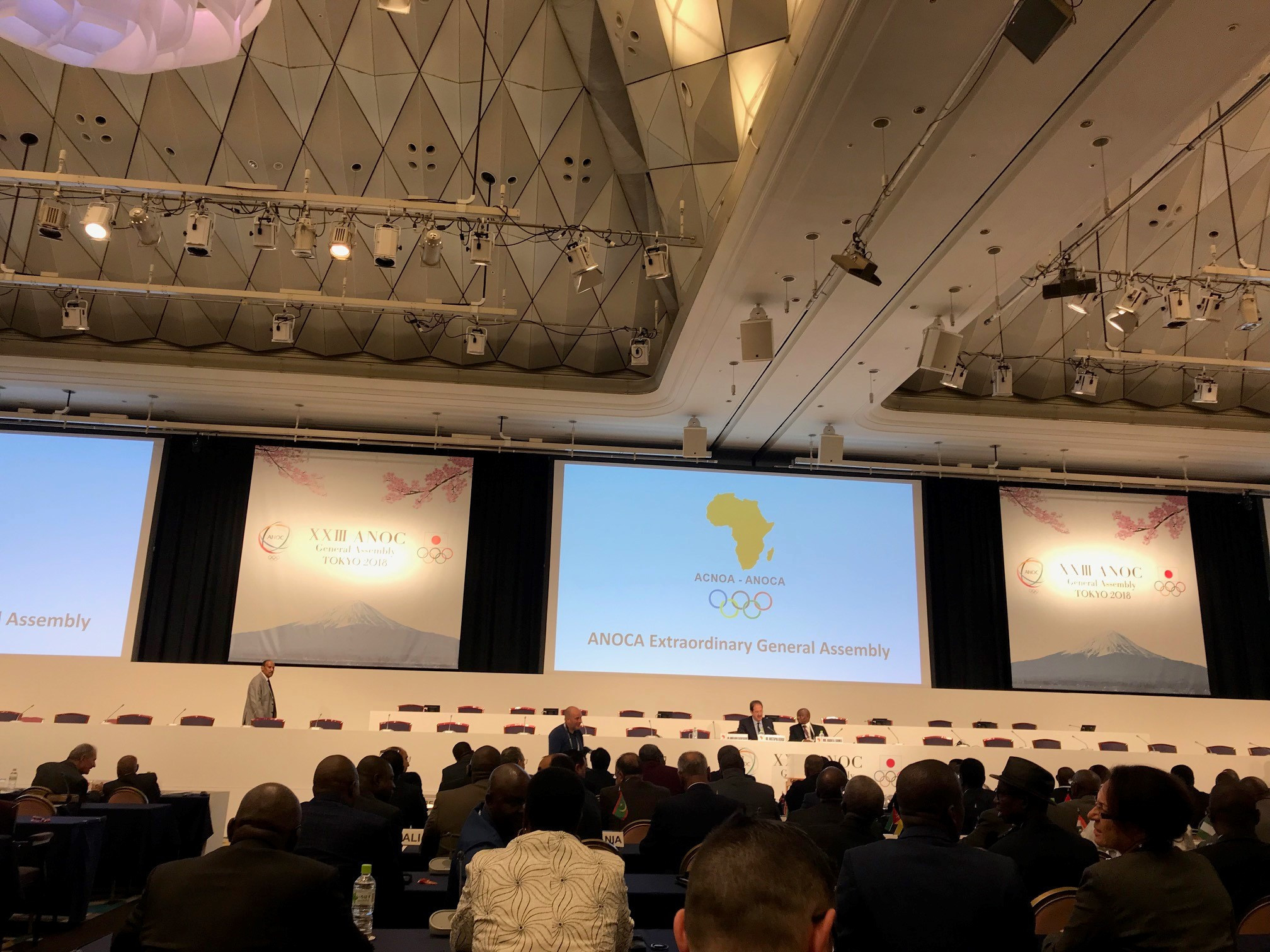 Algerian Mustapha Berraf was elected President of the Association of National Olympic Committtees of Africa (ANOCA) after he claimed a comfortable victory over Burundi's Lydia Nsekera during the election held here today.

Berraf, the ANOCA vice-president who took interim charge of the continental body after Lassana Palenfo decided not to seek re-election, claimed 34 of the 54 votes in the second-round ballot during the Extraordinary General Assembly.

Cameroon's Hamad Kalkaba Malboum was eliminated after the first round as he secured just 11 votes.

Negroes Kgotsietsile of Botswana, the other candidate in the running to succeed Palenfo, withdrew before the election, leaving a three-way battle for the top job at the embattled organisation.

Berraf was within one vote of being elected in the first round as he received 27, narrowly below the golden number of 28.

His eventual elevation to the Presidency was met with applause after he passed the required threshold in the second round.

Following the election, Berraf cited repairing the fractured relationships within ANOCA and the 2019 African Games in Morocco as his main priorities.

"We must bring everyone together for a better future for our organisation," he said.

"It will be a new way of working that will be inclusive - I want everyone’s brain to be picked and contribute to the work of ANOCA.

"The functioning of ANOCA must be remodeled and changed to make sure that it is becoming more efficient.

"It will be a new start for ANOCA and we must be modernised from now on building through good governance and using transparency in the work.

"Obviously there are still some conflicts which are not resolved but we will work on them.

"We will make sure any problem is resolved with the contribution of everyone.”

The Algerian Olympic Committee head will be at the helm for at least the next four years, ending a turbulent period for ANOCA following the debacle concerning the election at the 2017 General Assembly in Djibouti.

Such farcical circumstances were largely absent from the vote today, which took place in front of several members of the IOC administration, although a debate did arise before the election concerning whether a tick or cross should be written on the ballot paper.

The Extraordinary General Assembly was called in the wake of the 2017 gathering of ANOCA members, where Palenfo was re-elected after Malboum - the only other candidate - was controversially disqualified.

It came after the Cameroonian, a member of the International Association of Athletics Federations Council, was accused of bribery and illegally using the Government in Cameroon to campaign on his behalf, which he denied.

In May, the Court of Arbitration for Sport ruled a new election must be held and an Extraordinary General Assembly took place in July to set a date.

It was decided to hold it during the Association of National Olympic Committees General Assembly, which concluded here today.

"The tensions we might have had will disappear and I will see to it that we are all together so our sport and our athletes, and ANOCA, gets at the highest possible level," Berraf said in a brief speech after his victory.

"There has been no winner, no loser, we are all brothers and sisters and I thank you."