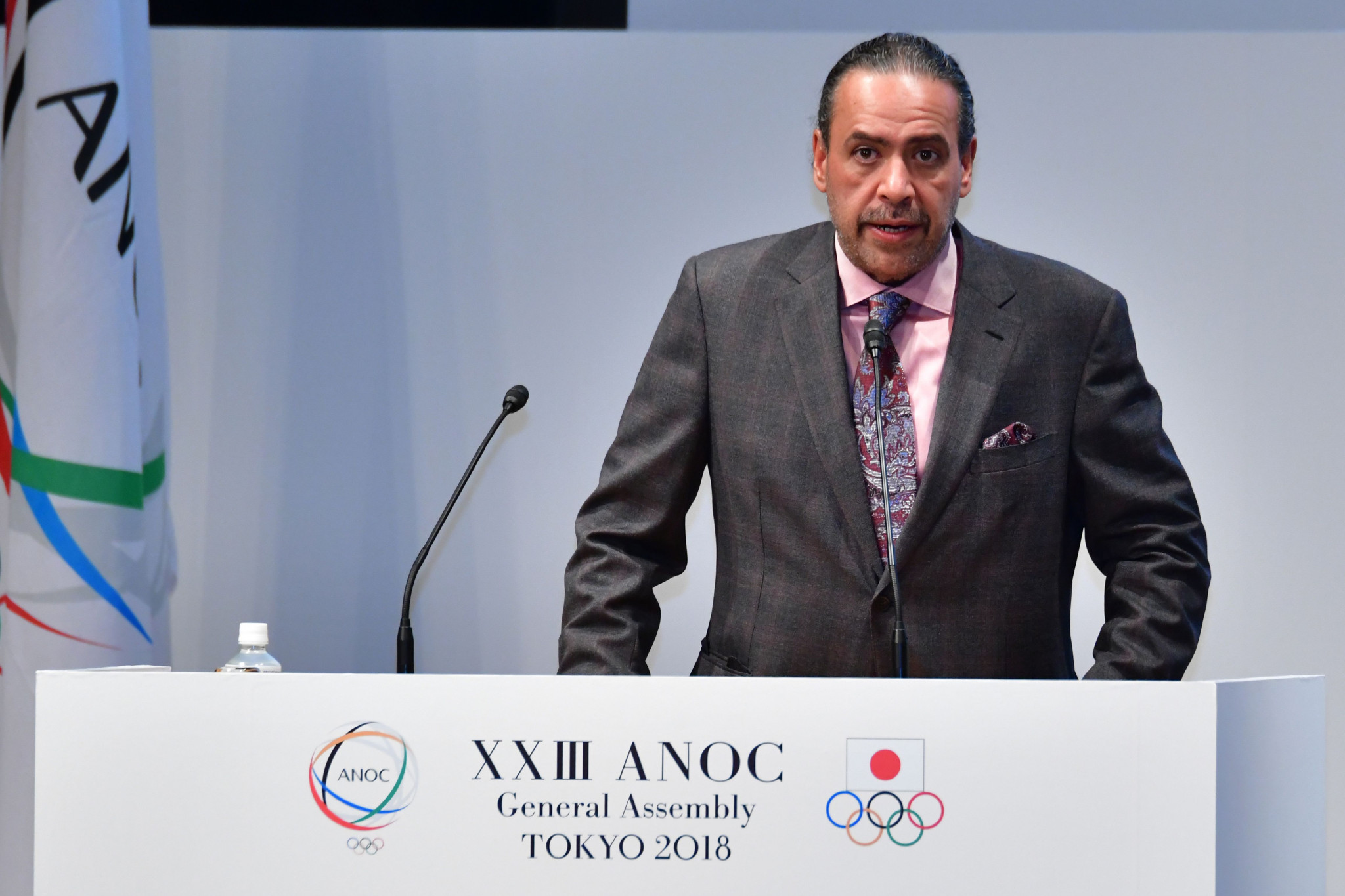 Sheikh Ahmad Al-Fahad Al-Sabah claimed he would "come back stronger" as President of the Association of National Olympic Committees (ANOC) after he had to return to the General Assembly here today to plead with the members to allow him to stand aside following allegations of forgery.

Flanked by International Olympic Committee (IOC) President Thomas Bach and ANOC secretary Gunilla Lindberg, Sheikh Ahmad gave an impassioned speech in which he asked for the support for his plan to step down as head of the umbrella body for "a while".

The General Assembly then seemingly approved postponing the election "for the time being" with the Kuwaiti powerbroker as the only candidate while Sheikh Ahmad tries to clear his name.

But representatives from numerous National Olympic Committees (NOCs) then rallied behind Sheikh Ahmad, claiming he should still be re-elected as planned as the accusations against him were not related to ANOC.

It prompted a lengthy, and at times farcical, exchange where NOCs lined up to insist the 55-year-old - who had left the room - had not withdrawn his candidacy for President.

A decision was taken to adjourn the discussion while ANOC Legal Commission chairman Michael Chambers and Kevan Gosper, the head of the Electoral Commission, sought to speak with Sheikh Ahmad to get him to clarify his position.

He was thengiven a rapturous reception when he returned to give a second speech and the General Assembly quickly approved the earlier recommendation after he had urged them to do so.

It came despite the same group of members initially claiming the postponement of the election violated the ANOC constitution.

Fiji's Robin Mitchell was confirmed as Sheikh Ahmad's replacement after he was elected senior vice-president to replace Julio Maglione, who chaired the meeting in the absence of the President.

"I have already done what I thought will benefit the house," Sheikh Ahmad said.

"I came back to show respect for those people who spoke or those who supported the speakers.

"I think this decision is for the benefit of our organsiation for me to step down temporarily.

"This will secure our house, our movement.

"I am confident of my position.

"I will face it and win it.

"I will continue the success of our story."

Nearly 20 NOCs intervened in the debate on Sheikh Ahmad's position, with Iraq Olympic Committee President Raad Hammoudi among those who heaped praise on him.

"We should stand up and fight against the attacks against one of the symbols of the Olympic Movement," he said.

"We believe he has shown exemplary behavior and he embraces the principals of our Movement."

The majority of the speakers came from countries in Africa and the Arab world.

There were not any interventions from European or North American countries during the back-and-forth discussion on Sheikh Ahmad, which lasted over an hour.

Sheikh Ahmad, who denies wrongdoing and reiterated his claim that the allegations against him were politically motivated, had earlier made it clear he wished to return to the helm of ANOC if he successfully clears his name.

A trial in Geneva is set to be held early next year, while Sheikh Ahmad, a key influence in Bach's election as IOC President in 2013, has been invited to appear in front of the IOC Ethics Commission on January 11.

In a statement earlier this week, the Ethics Commission said the fact that he is "considered by a judicial authority as having violated a criminal law constitutes a very serious damage to the Olympic Movement and the IOC’s reputation".

"I am innocent, I know I am eligible and I will follow through with my trust with this procedure," Sheikh Ahmad said.

"This is the best solution."

Should Sheikh Ahmad is able to clear himself of the charges, it remains possible ANOC could call an Extraordinary General Assembly to re-elect him as President if it comes before the next scheduled meeting of the NOCs in San Diego in October.

Mitchell, a member of the IOC Executive Board and President of the Oceania National Olympic Committees, will assume temporary charge until a permanent leader is elected.

Sheikh Ahmad, one of the IOC's longest-serving members having been elected in 1992, made the decision following a request from Bach after the latest accusations against him emerged.

He was also identified in a United States Department of Justice document in April in a case involving Guam's Richard Lai but denies wrongdoing.