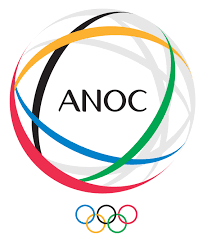 An Ethics Commission set to be established by the Association of National Olympic Committees (ANOC) will not be able to directly sanction officials found guilty of wrongdoing, insidethegames can reveal.

The ANOC Executive Council discussed the terms of reference for the newly-created Commission during a meeting here today.

ANOC's ruling body decided the Commission, which will formally be established during the General Assembly here, would not be given sanctioning power.

While cases will be reported directly to the Commission, the ANOC Executive Council will take the final decision on any potential punishment.

If the case involves a member of the Council, it will be up to the General Assembly to determine the sanction.

The model is similar to the one used by the International Olympic Committee (IOC), which has been criticised in recent months owing to concerns decisions could be influenced by their Executive Board.

The terms of reference implemented do represent an improvement on ANOC's current ethics rules, however, as procedures are more ad-hoc and involve the Executive Council deciding to employ an external company to carry out investigations.

This is set to change following the creation of the Ethics Commission, which will come into effect on December 1 if it is given the green light by the General Assembly as expected.

The Commission will be comprised of seven members - five independent members, one from each of the Olympic continents that have legal training and experience in arbitration, one athlete representative and one representative from the ANOC Executive Council.

Papua New Guinea's Karo Lelai, a basketball player, is set to become the athlete representative after she replaced New Zealand's Barbara Kendall as head of the ANOC Athletes' Commission.

The head of the Electoral Commission, due to come into force at the General Assembly, will assume the other ANOC role on the Commission.