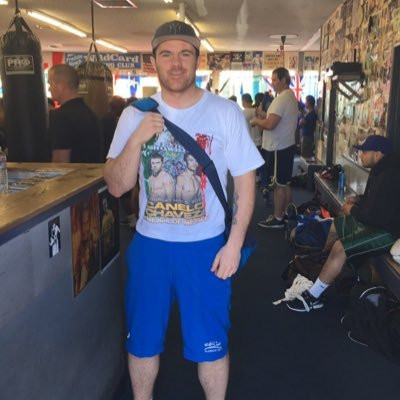 Scotland's Commonwealth Games boxing medallist Stephen Lavelle, who urinated on two teenage girls in a Gold Coast nightclub and then got into a fight with a man who confronted him, has been found guilty of assault but avoided being sent to jail.

The 28-year-old sparked a dance floor brawl at Sin City club during the Commonwealth Games in the Gold Coast where eight-time Olympic gold medallist Usain Bolt was DJ-ing.

The fight began when Lavelle urinated on Kortney Rykers Hollier and her friend Amy Wallace, both 18, as they danced in the nightclub.

The boxer, a Commonwealth Games bronze medallist in the heavyweight division at Glasgow 2014, reacted angrily and struck Strickland in the face.

Footage later showed Strickland being helped out of the nightclub with blood covering his face and body.

The boxer, who had been living in Melbourne on a bridging visa and was not competing at Gold Coast 2018, claimed he had consumed six bottles of Corona, three glasses of Jack Daniels and Coke and a Jagerbomb on the night.

Magistrate Mark Howden of Southport Magistrates Court dismissed claims Lavelle, who had nothing to do with Scotland's team at Gold Coast 2018, acted in self-defence

"He could have walked away, there is no evidence of an imminent physical assault," he said.

Lavelle was found guilty of assault and causing bodily harm.

He was also ordered to pay compensation to his victims.

"What he did that night - it was extremely disgusting," Strickland told 9News after the hearing.

"We’re just three innocent 18-year-olds trying to have a good night and something like this happens."