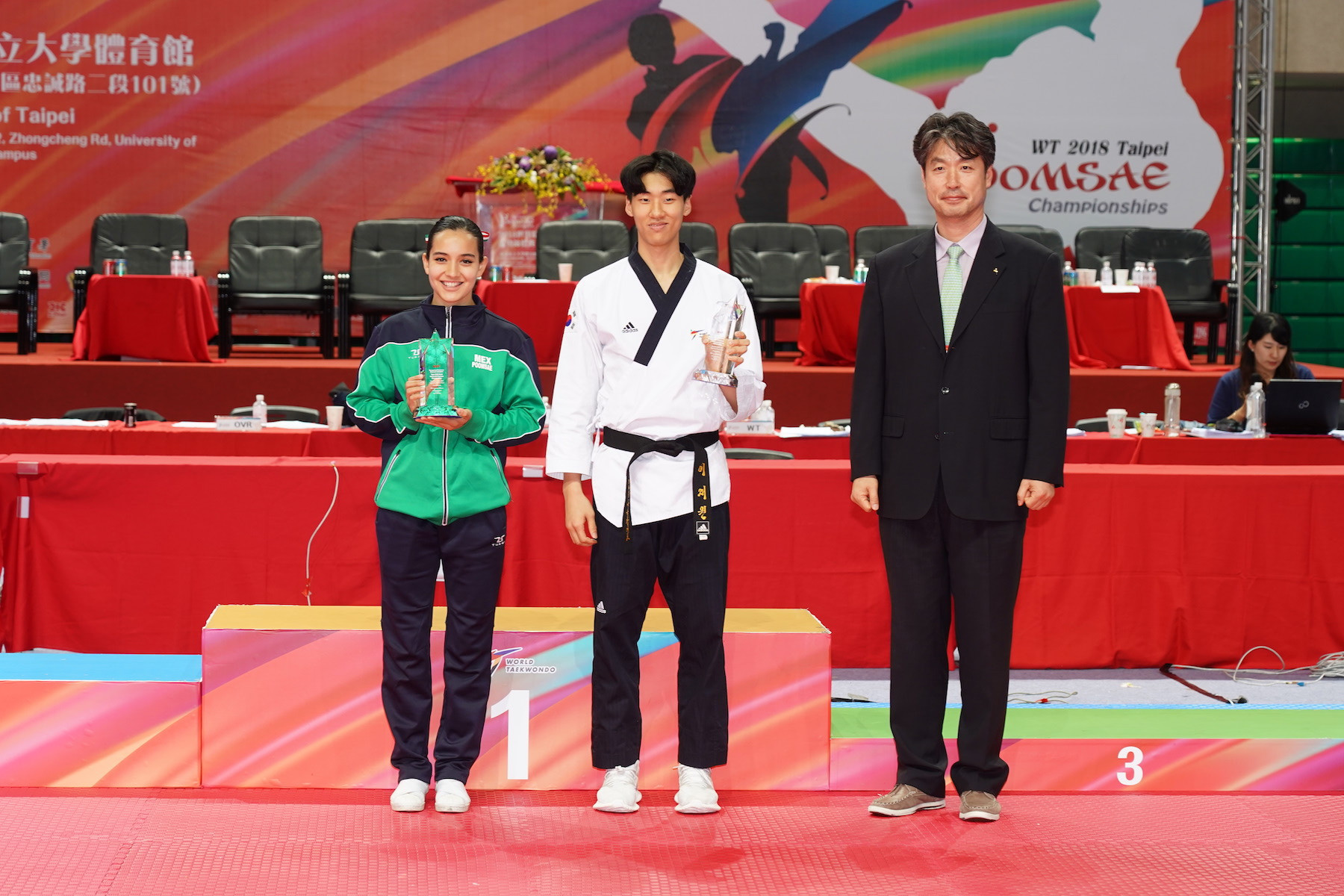 South Korea won a further four gold medals on the final day of action at the 2018 World Taekwondo Poomsae Championships to finish comfortably top of the medals table in Taipei.

The country triumphed in the recognised poomsae pair junior and freestyle pair under-17 categories, as well as the individual men's and women's cadet events through Chang-Hyun Lee and Jooyeong Lee respectively.

Elsewhere, the hosts won their third gold of the Championships and their 23rd overall, with victory in the freestyle mixed team over-17 event, while Portugal picked up a rare gold thanks to Eduarda Ferraz who won the individual women's over-65 final.

Mexico also won their third gold of the competition through Cecilia Lee, who won the individual women's under-17 event at the University of Tapei Gymnasium, meaning her country finished third in the medals table.

In fourth place in the table as the curtains are drawn is Iran, who also won their third gold today, as Ali Salmani won the individual men’s under-40 event.

After the competition itself came to an end, various awards were presented including most valuable player (MVP) prizes and best coach gongs.

Claiming the recognised poomsae MVP titles were South Korea’s Jaewon Lee for the men and Mexico’s Paula Fregoso for the women, while in freestyle they went to South Korea’s Tae Joo Na and Adalis Munoz from the United States.