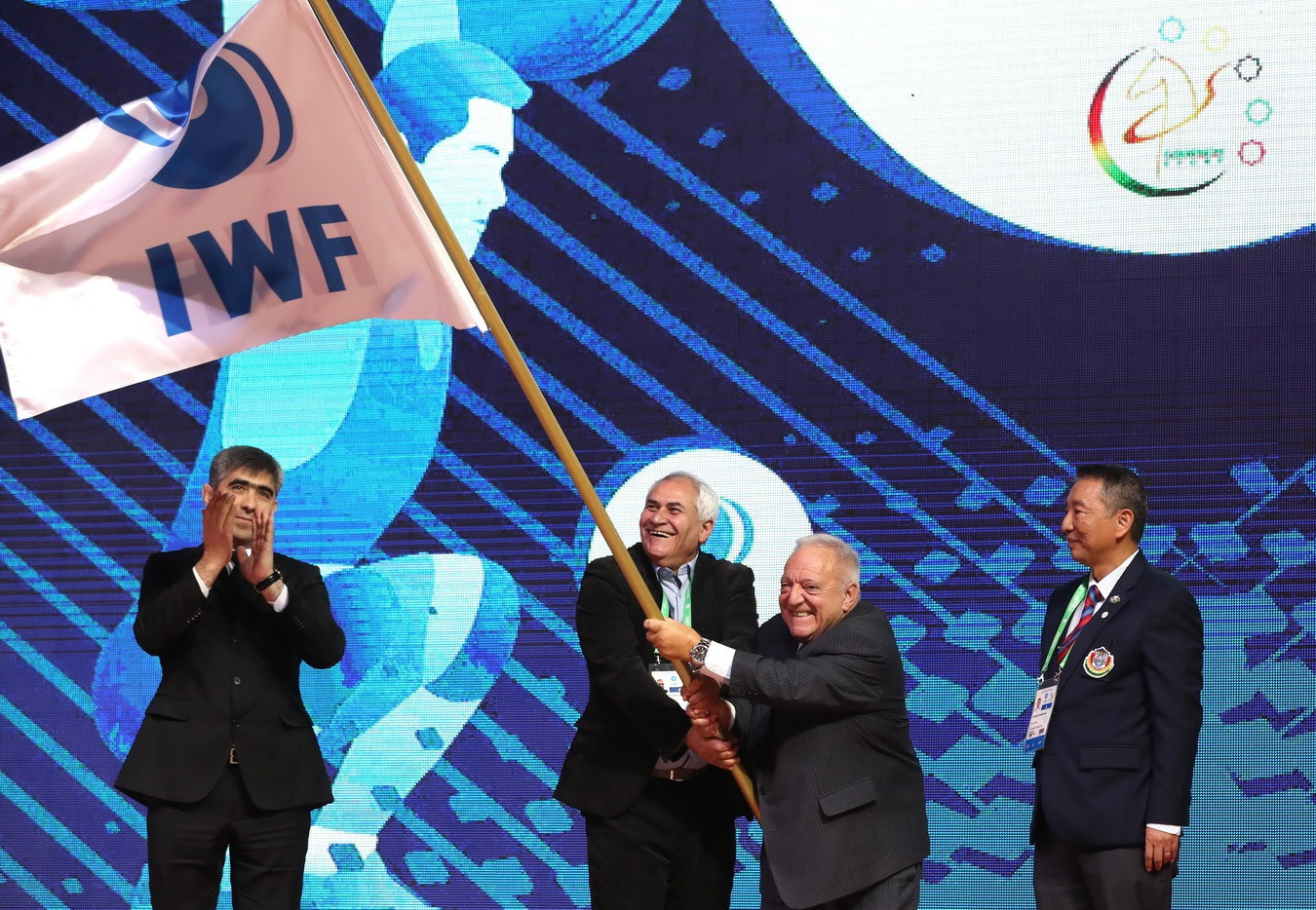 International Weightlifting Federation (IWF) President Tamás Aján has hailed the 2018 IWF World Championships as a milestone edition of the flagship event and claims they have left the vast majority of those involved in no doubt that the sport cannot continue to exist if its doping problem is not tackled effectively.

These are the full implementation of the recommendations from the Independent Clean Sport Commission and the Sport Programme Commission, the completion of the World Anti-Doping Agency (WADA) code compliance monitoring programme and the submission of a questionnaire report on corrective actions.

Peru's capital Lima had been due to host this year's World Championships, but agreed in November 2017 to hand over the event to Turkmenistan's capital Ashgabat.

Competition concluded on Saturday (November 9) and was held on the Ashgabat Olympic Complex, which played host to the 2017 Asian Indoor and Martial Arts Games and includes more than 30 different sites and an Athletes' Village.

The newly-established bodyweight categories also made their debut and Ashgabat gave place to the first qualification event for Tokyo 2020.

"This is a milestone World Championships in our life because of the new bodyweight categories and how we can do everything to fulfil the clean sport request," Aján told insidethegames.

"But I tell you, the IOC Executive Board gave a great lesson for us and I am very happy for this lesson.

"Naturally, the strongest partner can be the IOC.

"And because the IOC is very steady beside us and supports all our strong decisions, which are against doping, this gives us a lot of possibilities to be stronger and more serious, and I appreciate very much that the IOC has done this.

"Now, with these World Championships over, I basically think the sport, or a very big majority, understand that the sport cannot exist in the future if we are not very strict and we don't do everything to make it clean."

Among those in attendance during the World Championships was IOC member Dániel Gyurta, an Olympic gold medal-winning swimmer who also forms part of the IOC Athletes' Commission.

Aján said that he had invited IOC Athletes' Commission chair Kirsty Coventry to the event, but that due to other commitments, she delegated the responsibility to Gyurta.

Also present was David Luckes, the head of summer sports and International Federation relations at the IOC.

Throughout 2018, the IWF has clamped down on lifters who fail to update their whereabouts information on the global anti-doping database, which is operated by the World Anti-Doping Agency (WADA) and is an important tool for out-of-competition testing.

This strict approach - in line with other tough policies adopted by the IWF - led to about 100 athletes being barred from a range of events including the Pan American Championships, the Buenos Aires 2018 Youth Olympic Games and the 2018 World Championships.

By far the biggest number of exclusions was for the World Championships, with 79 athletes told they were ineligible because of their failure to log their whereabouts information on the Anti-Doping Administration and Management System.

But an exception was made for four of them, all men from Turkmenistan, and while the other 75 were excluded, those four locals - Omarguly Handurdyyev in the 61 kilograms category, Pirguly Pirgulyyev and Izzatbek Meredov in the 89kg and Ovez Ovezov in the 102kg - were put on the start list as "extras".

They are not good enough to have competed in the A groups and were not allowed to win any medals, but under World Championships regulations they should not have been taking part at all.

Asked about this, Aján told insidethegames: "These competitors absolutely did not participate in the competition.

"And therefore as athletes of the host country, where every day the competition hall is full, they were simply competing on the same platform that we use for World Championships.

"But these competitors were absolutely out of the World Championships.

"Their results are not registered in the competition and therefore it was an Executive Board decision that we have to make this step to give these possibilities for a country which will organise the World Championships on this level.

"They didn't participate in the World Championships; they were only competing every time in the C or D groups but not in the very first line."

Last week, the IWF and the International Testing Agency (ITA) signed a partnership whereby the latter will take responsibility for key areas of the world governing body's anti-doping programme.

The ITA's remit includes carrying out a detailed risk assessment, test distribution planning and management, out-of-competition testing, Therapeutic Use Exemption management, and support with regard to the IWF's education programmes.

Under the agreement, signed at the World Championships, the ITA is due begin its work on January 1 next year.

Working closely together, the ITA will expand its role to include in-competition testing, management of the IWF Athlete Biological Passport programme, result management, and long-term storage and re-analysis of samples by September 2019.

Looking towards the future for weightlifting, Aján insisted he is optimistic.

"We are doing everything," he told insidethegames.

"Very few people can see what we invest into weightlifting.

"I mean not only money but energy and organisation, and really my Secretariat are working 24 hours a day to keep the whole weightlifting on the line.

"Everybody expects that Tokyo will be a very important Games and if at the end of this year the IOC takes a decision about the future of weightlifting, it stimulates all the nations to bring and to make more for the sport.

"I am optimistic, very optimistic, for the future of the Games but we have to do everything if we wish to be on the Olympic programme and we will do."