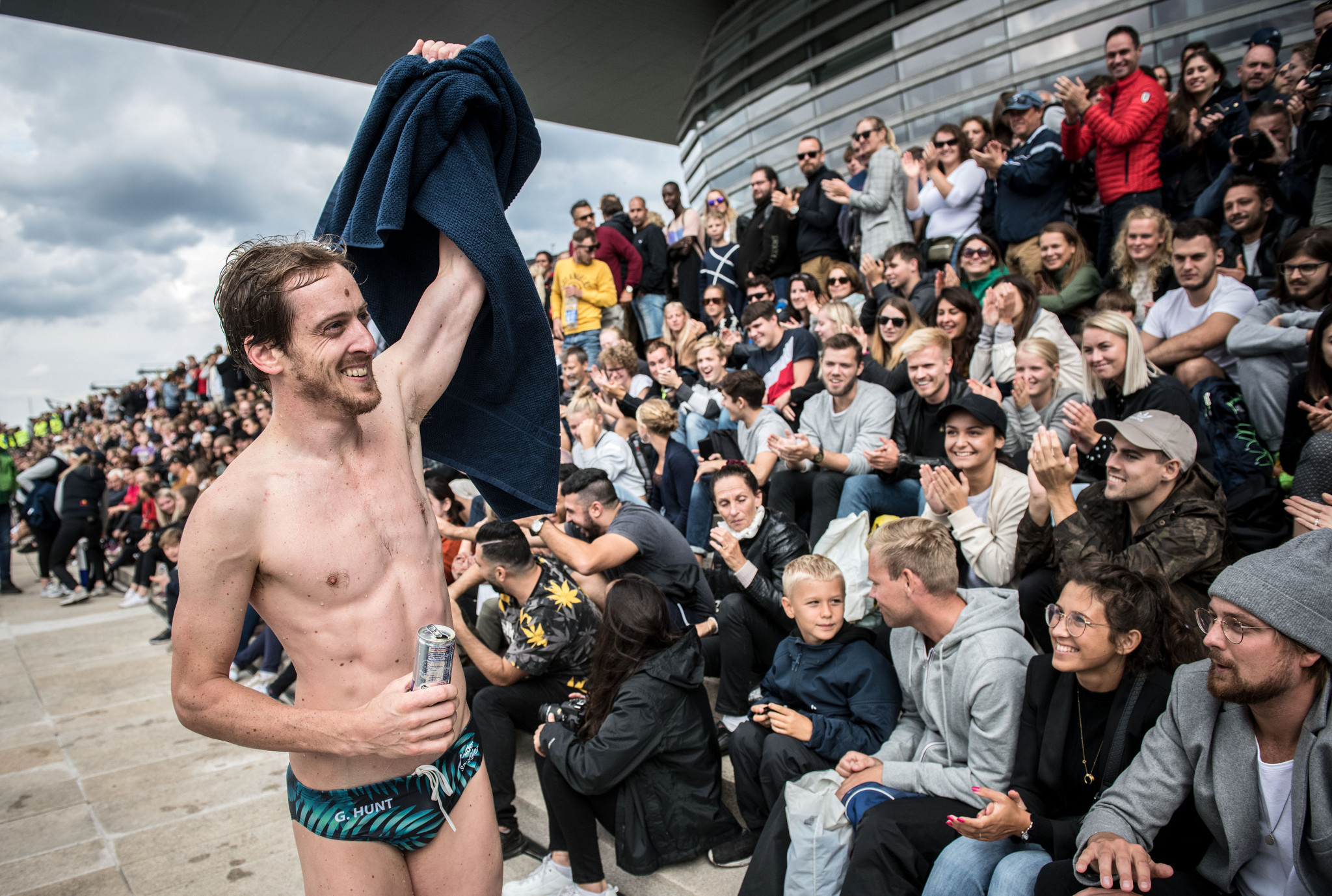 The final two dives for each competitor were held in both the men's and women's events after the opening two attempts in the United Arab Emirates city yesterday.

Britain's Gary Hunt, who was second overnight, won the men's event as he finished on a tally of 431.55 points.

In the women's event, Rhiannan Iffland of Australia won gold with 322.95 points after leading following day one.

Canada's Lysanne Richard clinched silver on 285.75 to also maintain her overnight position as Ellie Smart of the US won bronze on 277.70.

The event in Abu Dhabi was being held alongside the conclusion of the Marathon Swim World Series.