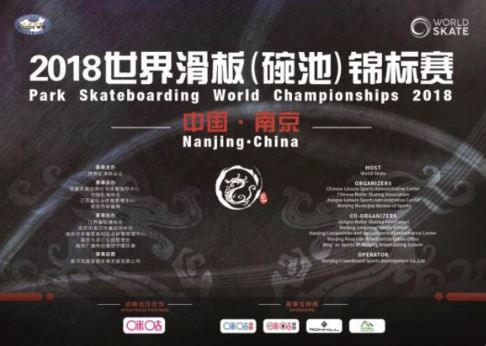 Reynolds was one of seven US skateboarders to make the semi-final cut of the top 26 as a field of 66 went through their paces with three runs each at the new Olympic-certified park terrain skatepark at Fish-mouth Wetlands.

Reynolds topped the pile with 81.5 points, ahead of Brazil’s Luiz Francisco, who scored 78, and Vincent Matheron of France, who totalled 74.44.

Liam Pace was the second highest-placed American, taking fourth position with 74.02 above Spain’s Jaime Mateu, who totalled 73.07, and France’s Robin Bolian, who scored 72.23.

On Thursday night the women’s title went to Japan’s Sakura Yosozumi – a highly significant result for the host nation of the Tokyo 2020 Olympic Games, where both park and street skateboarding will feature for the first time.

Two competitors will carry the Japanese banner through to the men’s semi-finals - eighth-placed Yuto Horigome, and tenth-placed Kensuke Sasaoka.

The competition in Nanjing has been dubbed as a "historic" first step towards Tokyo 2020 as athletes are battling for seeding as skateboarding moves into its Olympic qualification phase on January 1.