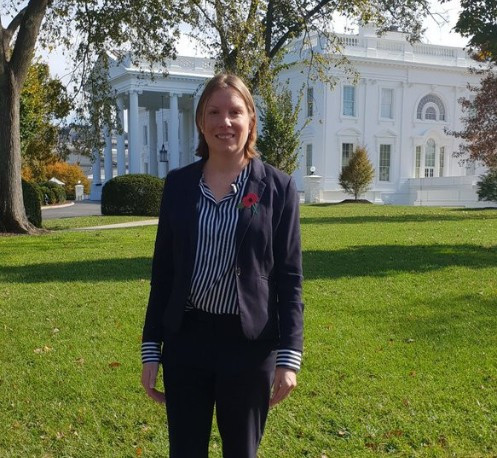 British Sports Minister Tracey Crouch has resigned after a decision on reducing maximum stakes in fixed-odds betting machines was delayed until next year.

Crouch confirmed her resignation the day she returned from attending an anti-doping summit at the White House in Washington D.C.

The 43-year-old Member of Parliament for Chatham and Aylesford had held the role since 2015.

The changes to the fixed-odds machines found in betting shops was due to see the largest possible stake slashed from £100 ($130/€114) to £2 ($2.50/€2.30) following concerns over addiction and social, mental and financial problems.

Chancellor Philip Hammond announced in the Budget earlier this week that this would not be implemented until October 2019, prompting Crouch to quit.

In her resignation letter sent to Prime Minister Theresa May, Crouch claimed the delay was "due to commitments made by others to those with registered interests".

The Government has denied claims of a delay.

"It is with great sadness I have resigned from one of the best jobs in Government," Crouch said on Twitter.

"Thank you so much for all the very kind messages of support I have received throughout the day.

"Politicians come and go but principles stay with us forever."

Crouch had attended the White House summit, where athletes, Government Ministers and other officials lined up to criticise the World Anti-Doping Agency (WADA) in the wake of the controversial decision to reinstate Russia last month.

She was pictured alongside Olympic cycling champion Callum Skinner and UK Anti-Doping chief executive Nicole Sapstead at the summit, also attended by WADA vice-president Linda Helleland but not in an official capacity.

Crouch served as a member of WADA's Foundation Board before resigning last October as a result of Brexit.

She had been part of WADA's decision-making body since the start of 2016.

Crouch also played a role in helping Birmingham secure the hosting rights for the 2022 Commonwealth Games and even backed those who had called for shooting to be included on the programme.

Several sports officials and organisations praised Crouch following the announcement of her departure.

"Huge thanks from everyone at UK Sport to Tracey Crouch for everything she has done for Olympic and Paralympic sport over the past three and a half years," UK Sport said on Twitter.

Nick Pontefract, chief operating officer for Sport England, added: "Been an absolute pleasure to work for and with Tracey Crouch over the last few years."