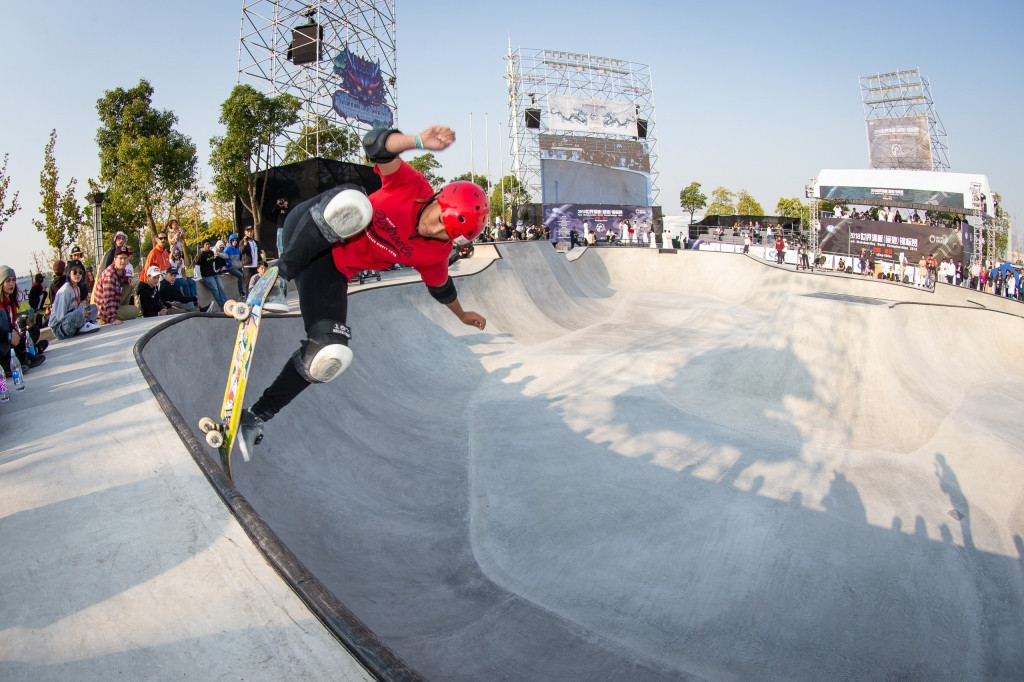 Both the semi-finals and finals of the competition were held at Fish-mouth Wetlands in the Chinese city, on a new Olympic-certified park terrain skate park.

Victory for Japan is a great sign for the host nation of the Tokyo 2020 Olympic Games, where both park and street skateboarding will feature for the first time.

The competition in Nanjing has been dubbed as a "historic" first step towards Tokyo 2020 as athletes are battling for seeding as skateboarding moves into its Olympic qualification phase on January 1.

Yosozumi managed a combination of smooth airs and technical lip tricks which put her in front of the rest of the field.

She landed a backside noseblunt revert to cap off her performance.

Twenty-athletes had advanced from qualification, and were joined today at the semi-final stage by the finalists from the Vans Park Series Finals stop in Chinese city Suzhou last week.

Men's qualification will be held tomorrow.