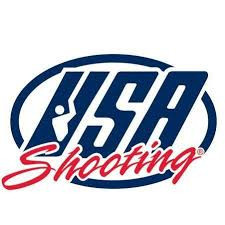 USA Shooting have faced criticism after signing a deal with a firearms auction website which allegedly hosts sales of "Holocaust memorabilia".

WNBC reported that items for sale on Gunbroker.com included a replica canister of Zyklon B, a cyanide-based gas used to murder Jewish people during the Holocaust.

A concentration camp prisoner uniform and a book called "Holocaust Hoax Exposed" were other items, the station alleged.

It comes after USA Shooting signed a fundraising deal with Gunbroker.com in September.

The arrangement agreed that 20 gun auctions will be held to raise cash for American athletes en-route to Tokyo 2020.

Critics of the deal include The Anti-Defamation League.

"These are symbols of hate in the worst possible way and in a society that has seen such an amazing uptick in anti-semitism, companies need to do everything in their power to dial that down," Evan Bernstein, the organisation's New York regional director, said to WNBC.

"I don't see how it doesn't promote hate to sell the kind of items in the way they're selling it with the kind of narrative that's associated with it."

A USA Shooting statement told the New York Post that the relationship with Gunbroker did not signify an approval of the items.

"Just as we don't approve of every item or the editorial on the websites and social media platforms that we use to promote our sport," the statement said.

"We use Gunbroker.com with a very specific purpose of hosting auctions of donated firearms to raise money for our team and athletes.

"That is the current partnership arrangement."

"We encourage all members of the movement to demonstrate the Olympic values every day and we are discouraged by this action."

Gunbroker.com have yet to reply to requests for comment.

The controversy comes with the Championship of the Americas beginning tomorrow in Guadalajara in Mexico.

Competition at the Club Cinegetico Jalisciense will last until November 10 with medals and Olympic and Pan American Games quota places on the line for shooters from North and South America.

It marks the start of a busy period of continental action with the Asian Shotgun Championships starting in Kuwait on Saturday (November 3).