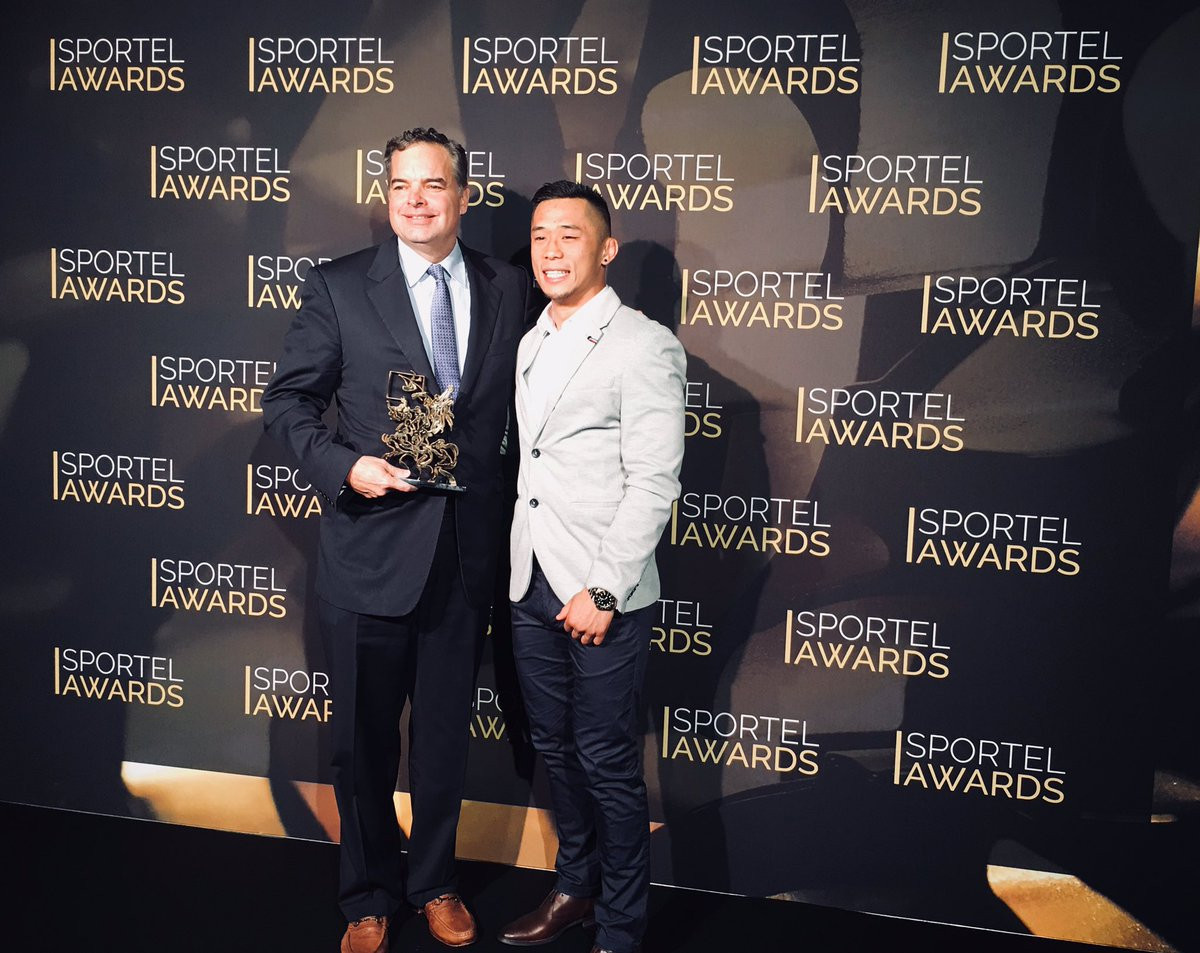 The Olympic Channel was among the "Golden Podiums" prize winners as the 2018 SPORTEL Awards took place here this evening.

It was created in collaboration with American musical quartet The Gregory Brothers, who specialise in comedy music and pitch correction through their YouTube channel Schmoyoho.

Published in December 2017, it captures some of the best moments of the 2016 Olympic Games in Rio de Janeiro.

Also being recognised here was Didier Deschamps for his outstanding career as a coach of and player for the French national football team.

As a French international, he was capped on 103 occasions and captained his country to victories at the 1998 FIFA World Cup and 2000 UEFA European Championships.

It is the first time that the SPORTEL Lifetime Sport Achievement Award has been handed out.

Bixente Lizarazu, another member of France’s winning teams at the 1998 FIFA World Cup and 2000 UEFA European Championships, was given the Autobiography Prize for his book Mes prolongations.

Lizarazu was selected 97 times for the French national team and was also a UEFA Champions League winner with German giants Bayern Munich in 2001.

Among the other awards handed out was the Peace and Sport Documentary Prize, which went to Fighting for Life, directed by Jamillah van der Hulst.

The film gives a unique look inside the South African prison Drakenstein Correctional Centre and the impressive work of Dutch boxing coach Sharita van der Hulst in the rehabilitation programme for prisoners that are serving heavy sentences.

The SPORTEL Awards is an international competition that rewards the most outstanding sports images of the year.

Known as the "Golden Podium Awards", the trophies are presented to the directors who have produced the best sports segments of the previous year.

Every year, numerous Olympic champions and celebrities from the sporting world take part in the ceremony, which is held under the high patronage of Prince Albert II of Monaco and under the patronage of the IOC.