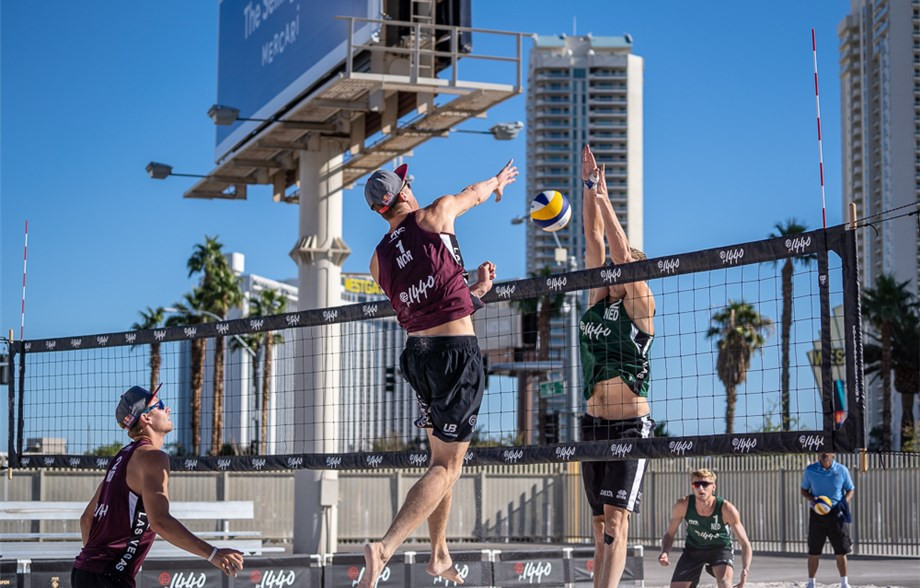 The Norwegian pair topped their pool after the first day of competition in the men’s main draw and advance to the round of 16.

Mol and Sørum begun the tournament with a straight set win over the Reid Priddy and Jeremy Casebeer of the United States 21-12, 21-21.

The next game was tougher, with the Norwegians coming from a set down to take the win and top pool B.

The Netherlands’ Jasper Bouter and Christiaan Varenhorst won the first set but Mol and Sørum fought back to take the victory 18-21, 21-18, 15-9.

Another pair to top their group was Russia’s Viacheslav Krasilnikov and Oleg Stoyanovskiy, whose two victories on day one saw them advance to the next round.

Two American teams are through to the last 16 as Jake Gibb and Taylor Crabb and Tri Bourne and Trevor Crabb advanced as pool winners.

Poland’s Michal Bryl and Grzegorz Fijalek, The Netherlands’ Alexander Brouwer and Robert Meeuwsen, Brazil’s Pedro Solberg and Bruno Schmidt and Italy’s Daniele Lupo and Paolo Nicolai also finished at the top of their groups to progress.

#BeachWorldTour The first women's pool play matches in Las Vegas 🇺🇸 are complete! Every team plays again on Friday ahead of the elimination rounds.

In the women’s draw 16 teams finished day one unbeaten.

The US had three teams who won their matches; Summer Ross and Sara Hughes, Emily Stockman and Kelley Larsen and Betsi Flint and Emily Day.

The hosts were only beaten by Brazil who’s four teams were unbeaten at the end of the day.

Canada has two women’s pairs who look set to qualify as Heather Bansley and Brandie Wilkerson and Sarah Pavan and Melissa Humana-Paredes were unbeaten.

The first round of the women’s competition is due to continue tomorrow.