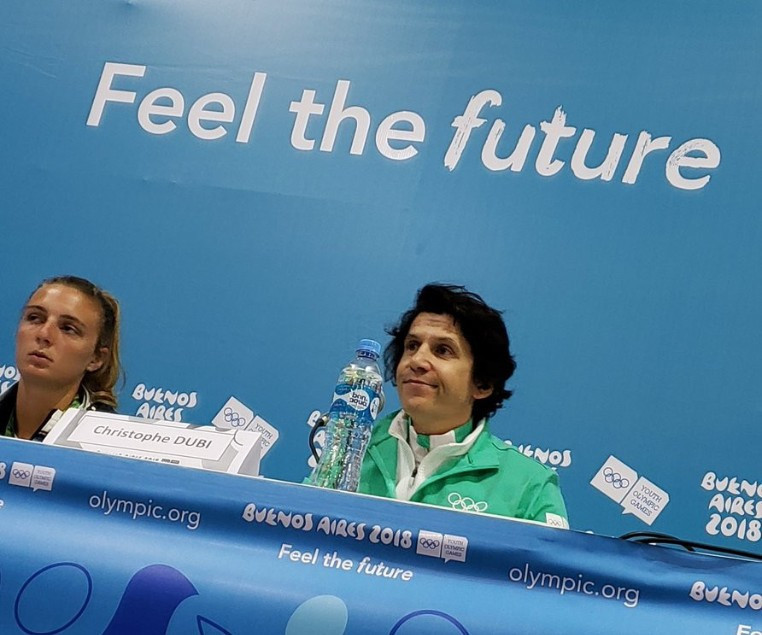 The IOC executive director for the Olympic Games offered glowing praise for Buenos Aires 2018 at the midway stage but warned the Organising Committee not to be complacent in the second half of the event.

Dubi also insisted the number of queues seen at various venues was a "good problem to have".

Buenos Aires 2018 did not put tickets for these Games on sale, instead offering spectators the chance to attend events for free.

Organisers stopped taking applications for the wristband which allows fans to enter facilities across the Games when the number reached 600,000.

It has led to snaking queues at several venues, with some spectators arriving over two hours before competition starts in order to guarantee a seat.

International Federations have also praised the size and scope of the Games compared to the previous Summer Youth Olympics in Nanjing in 2014, considered overly-expensive and unnecessarily large.

"We really have it right here," Dubi said.

"We can always make improvements and here we will analyse these Games in detail.

"Credit to the federations and the Organising Committee, who have come up with the right mix of sports which are dynamic, new and in the right format.

"You have a programme that is so exciting that you have lines everywhere and from an organisers' standpoint it is a good problem to have."

Dubi said 500,000 people had attended Buenos Aires 2018 events, including the first Olympic Opening Ceremony to be held on the streets, which attracted 220,000 spectators.

"But you should never ever relax the effort until the end.

"We are very good at this point in time but we must collectively continue this great work."