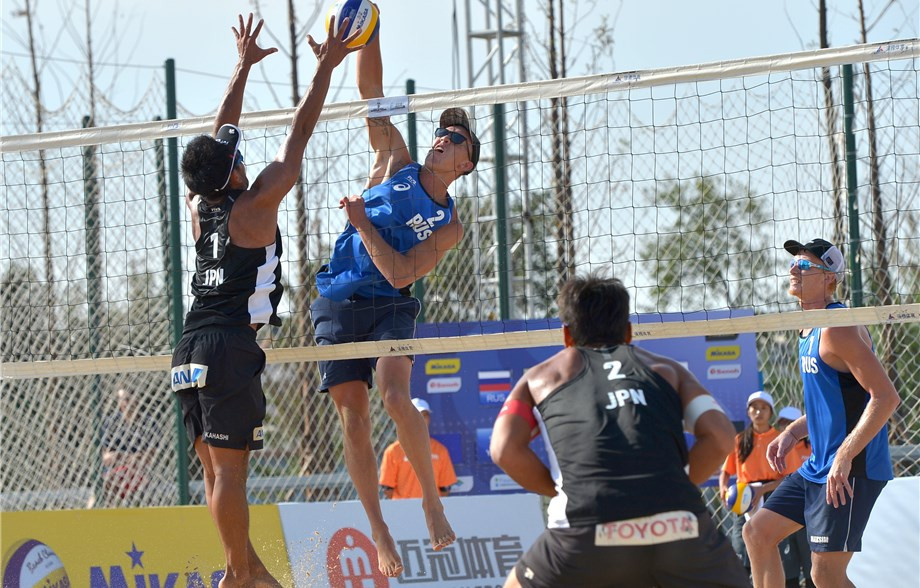 Brazilian and Russian pairs were successful in the qualifying round of the International Volleyball Federation Beach Yangzhou Open in China and have progressed to the main draw.

In the women's competition, three Brazilian pairs went through at the four star event, held at the Yangzhou Beach Volleyball Sports Forest Park

"We always play each other in the Brazilian Championships and there is always tough competition, we are happy because of the challenge," Silva said.

"For our team, I cay say that we are brave and never give up easily.

"We are glad that we were able to win and improve, and we hope we can show our best tomorrow."

In the men's competition, two Russian pairs made it to the main draw.

"It was tough match especially in the third set," Yarzutkin said.

"Both teams ended up very tired after that intense match.

"We had a very good opponent and they played with excellent technique and they had a good sideout game."

Ukraine did have a pair progress in Sergiy Popov and Iaroslav Gordieiev, who were victorious against Brazil’s Oscar Brandao and Luciano Ferreira 21-17, 21-16.

The main draw will start tomorrow.