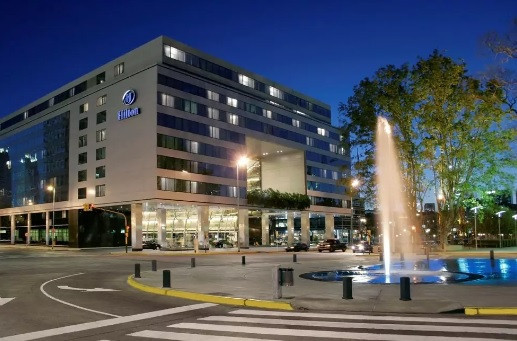 Rubber-stamping of the three cities bidding for the right to stage the 2026 Winter Olympic and Paralympic Games and confirmation of nine new members are among the headline items on the agenda at the International Olympic Committee (IOC) Session due to begin here tomorrow.

Senegal will also be officially confirmed as hosts of the 2022 Summer Youth Olympics, while the IOC are also expected to announce Lausanne as the venue for next year's Session.

Reports from Organising Committees of recent and future editions of the Olympic Games will be presented and a debrief on the Olympism in Action Forum, which took place here last week, will be held.

The IOC Session is set to give the green light to Calgary, Stockholm and a joint Italian bid from Milan and Cortina d'Ampezzo to continue as candidates for the 2026 Winter Olympics and Paralympics.

A fourth city, Erzurum, had also been hopeful of progressing to the next stage but the IOC Executive Board dropped the Turkish bid at its meeting on Thursday (October 4).

Calgary, Milan-Cortina d'Ampezzo and Stockholm are due to be approved on the second day of the Session on Tuesday (October 9).

Doubts continue to linger over all three, however, as Calgary is facing a crunch plebiscite on November 13.

A change in Government could pose a potential problem for Stockholm, while the Italian authorities has refused to financially underwrite the Milan-Cortina d'Ampezzo attempt.

IOC President Thomas Bach has insisted that the organisation does not have a plan B if the three candidates fail to materialise.

Italy's bid moving forward means the 2019 IOC Session - where the hosts of the 2026 Games are due to revealed - will be moved from Milan as the meeting cannot take place in a candidate city under IOC rules.

Also on Tuesday, nine officials proposed for membership will be sworn in by the Session.

The list is led by Andrew Parsons and Morinari Watanabe, Presidents of the International Paralympic Committee and International Gymnastics Federation respectively.

They will be accompanied by Samira Asghari, a peace and human rights advocate in Afghanistan who is a member of the IOC Athletes' Entourage Commission, first vice-president of the Rwanda National Olympic and Sports Committee Felicite Rwemarika and William Blick and Prince Jigyel Ugyen Wangchuck, Presidents of the National Olympic Committees in Uganda and Bhutan respectively.

The confirmation of Senegal as the venue for the 2022 Youth Olympics headlines tomorrow's programme.

Senegal will host the event after it was chosen ahead of Botswana, Nigeria and Tunisia by the IOC Executive Board, who acted on a recommendation made by the Evaluation Commission.

Other topics due to be discussed include drugs in sport, with the World Anti-Doping Agency's decision to lift the ban on Russia among the main points of debate.

In contrast to previous Sessions, where the IOC membership has attacked WADA for its stance on Russia following the doping scandal, support for the global anti-doping watchdog and the decision they took is likely to be voiced.

The Session will be the second held here in five years as the same venue played host to the 2013 event.

It remains one of the most memorable in recent history as several major decisions were taken, including Tokyo being awarded the 2020 Olympics and Paralympics and Bach's election as IOC President.