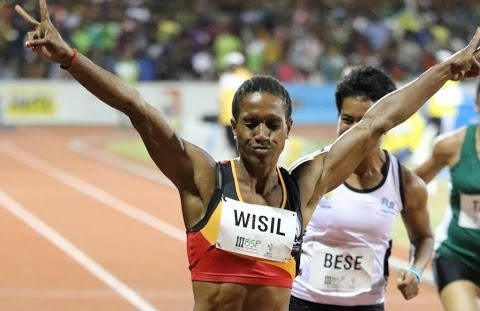 Following on from their success at the Pacific Games as host nation in 2015, the Papua New Guinea Olympic Committee (PNGOC) hope that they can create history by topping the medal table on foreign soil for the first time in Samoa next year.

Papua New Guinea have topped the overall medal table twice at the Pacific Games but both instances occurred when they were the hosts.

They first overcame dominant New Caledonia in 1991, the second time that Port Moresby hosted the Games, with a total of 100 medals, 44 of them gold.

Papua New Guinea then finished top in 2015 - the last edition of the Pacific Games.

New Caledonia came second with only 60 gold medals and a total of 166 medals.

The 2019 Pacific Games will be the 16th edition of the event and will be held in Apia, Samoa.

There are 28 sports due to be contested in Samoa and Papua New Guinea are expected to send a delegation of more than 500 to participate in all of them to increase their chances of topping the medal table.

"This vision is in line with a challenge put to us by the Prime Minister, Honourable Peter O’Neill following the thrilling win by PNG at the highly successful 15th Pacific Games in Port Moresby in 2015," Sir John Dawanincura, President of the Papua New Guinea Olympic Committee, said.

"With your support, we are hoping to raise enough to send a large contingent of PNG’s fittest and strongest to Samoa next year for this mission."

"We had a very good result in 2015 and we are looking forward to maintaining that title as the number one in the Pacific in terms of sports," Charles Abel, Papua New Guinea's Deputy Prime Minister, said.