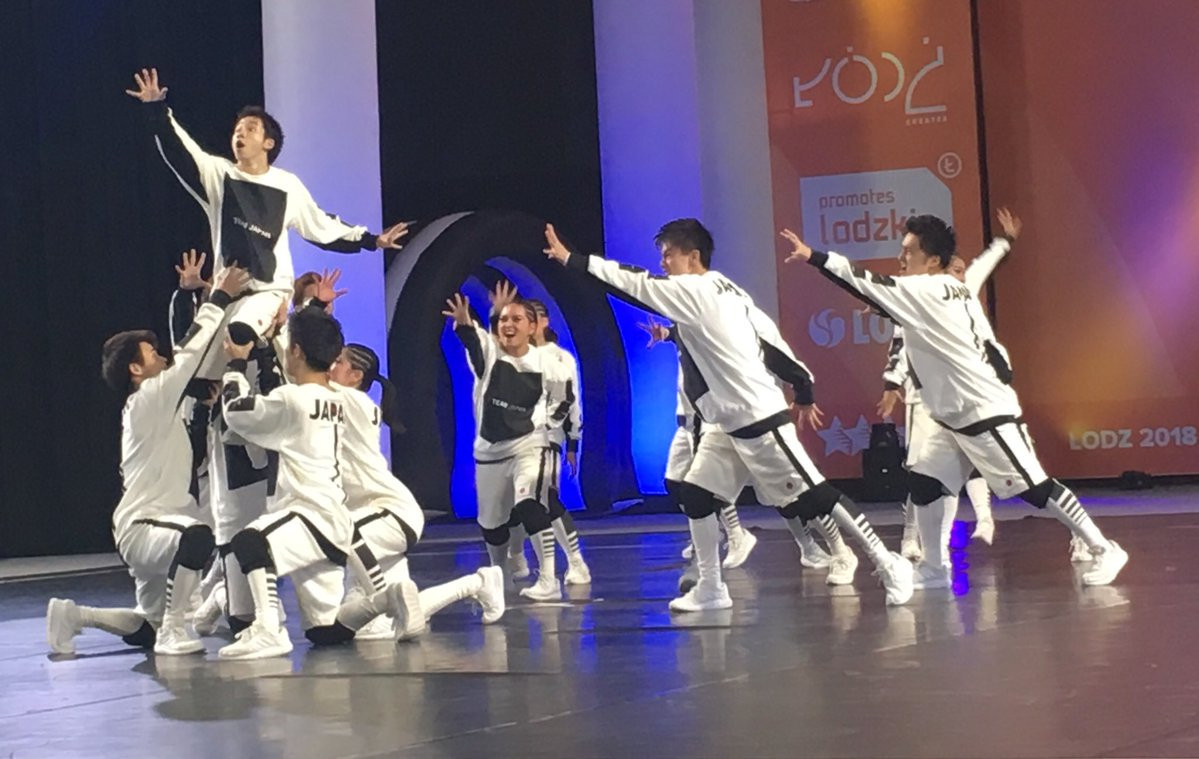 On the opening day of the Championships at Sports Bay at the Lodz University of Technology, Japan came out on top in all of the team pom, team jazz and both the team hip hop and hip hop doubles events.

In the doubles event they finished in first place with a score of 421.0 points, which saw their pair beat their nearest rivals Thailand by eight points.

Chinese Taipei took third in that event with a score of 386.5 points.

In the team jazz, the Japanese gained first place with a score of 414.5 points.

With only four teams in that competition, second and third went to Australia and Russia respectively.

In the team hip hop they dominated, sealing first place in that by a margin of 61.5 points.

The Japanese finished with a score of 427.5 points, while just 366 was enough to give Australia second.

In an exact repeat of the standings in the jaz event, Russia took third with a score of 351.5 points and China fourth, with 337.5

Last but not least, in the team pom event Japan again topped the standings, with the same nations yet again forming the top four.

A fifth country finished bottom in that event, with hosts Poland scoring 73.38.

The Championships are due conclude tomorrow.