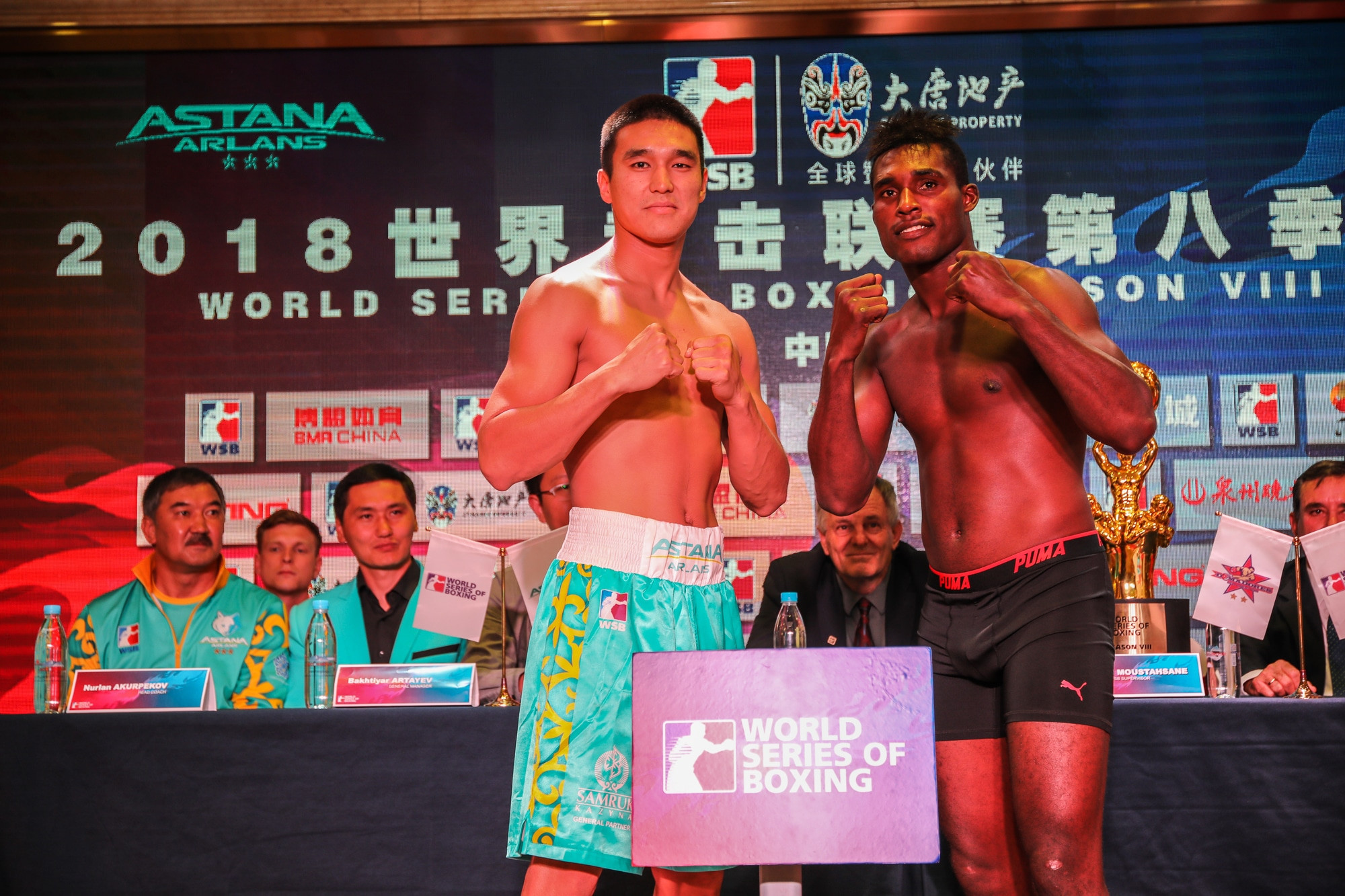 Cuba Domadores moved level with the Astana Arlans on three World Series of Boxing titles as they completed victory over the Kazakh team in the second leg of the final in China today.

The Cuban team claimed a comfortable 4-1 win to secure a 7-3 overall triumph at Jinjiang's Zuchang Stadium.

The result saw the Domadores clinch their third WSB crown following their success in 2014 and 2016.

The Domadores were also runners-up in 2015 and 2017, losing on both occasions to the Astana Arlans.

Trailing 3-2 going into the second leg, flyweight Saken Bibossinov levelled the scores for the Astana Arlans with a split decision victory over Jorge Griñan Merencio.

The Domadores restored their advantage in the next bout thanks to Lazaro Alvarez Estrada, who overcame Zakir Safiullin in their lightweight contest.

Welterweight Roniel Iglesias moved the Cuban team to within one win of the overall victory when he defeated Aslanbek Shymbergenov, despite the Arlans fighter dominating the last couple of rounds.

It was left to Julio La Cruz to seal the title for his side and he did so in style, beating Bek Nurmaganbet in their light heavyweight encounter.

With the WSB crown already assured, super heavyweight Jose Larduet Gómez put the gloss on a commanding night for the Domadores with victory over Kamshybek Kunkabayev.

The Domadores were handed the substantial trophy by International Boxing Association executive director Tom Virgets in a ceremony held following the final bout of the evening.