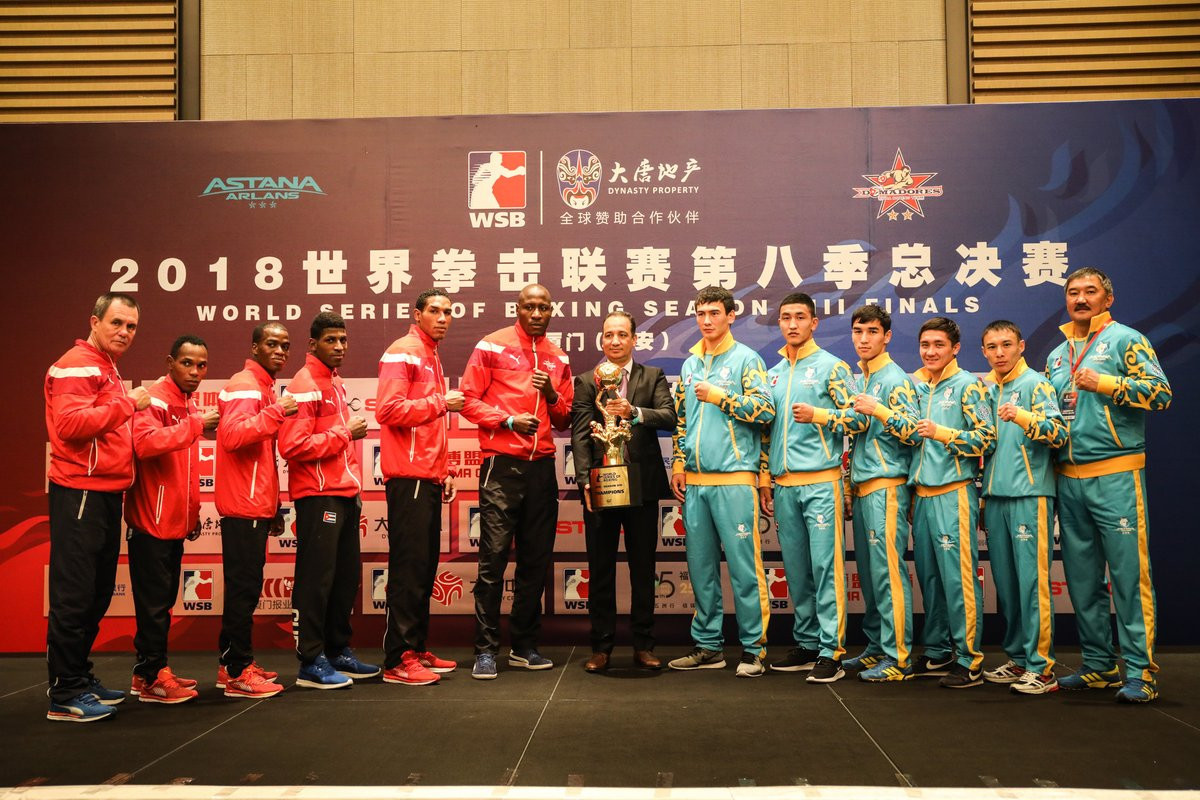 Cuba Domadores have taken a 3-2 lead over defending champions Astana Arlans Kazakhstan after the first leg of the World Series of Boxing (WSB) final in Xiamen in China today.

The Kazakhstan team are the most successful in the competition's history having won three titles, but will have to come from behind if they are to win a fourth after losing three out of five bouts at the Xiamen Sports School Gymnasium.

Astana's Temirtas Zhussupov won the first bout in the light fly division after all three judges ruled the contest in his favour.

He took it 3-0 against Damian Arce Duarte to give his team a 1-0 lead.

Osvel David Caballero Garcia then drew the tie level for Cuba, however, when he beat Ilyas Suleimenov on points at bantamweight.

Andy Cruz then won the third fight for the Cuban team with a 2-1 split decision win over Dilmurat Mizhitov at light welterweight.

Abilkhan Amankul drew the tie level at 2-2 by beating Osleys Iglesias Estrada via unanimous decision in a middleweight bout.

Erislandy Savon has got the win for @DomadoresCuba which makes it 3-2 against the @AstanaArlans. Make sure you join us again on Friday for what promises to be another fascinating evening!#WSB8 #Boxing pic.twitter.com/GxawH8drQN

That result meant that entering the fifth and final bout of the first leg, the match was tied at two apiece.

The heavyweight fight saw Erislandy Savon for Cuba take a comfortable points win over Nurbol Altayev, meaning his side, who have won the overall title twice before, will enter the second and final leg with a 3-2 lead.

The second leg of the final will go ahead at the Jinjiang Zuchang Stadium on Friday (September 28).

If Cuba maintain their lead and take the win, they will equal Astana as the most successful team in the competition's history with three titles.