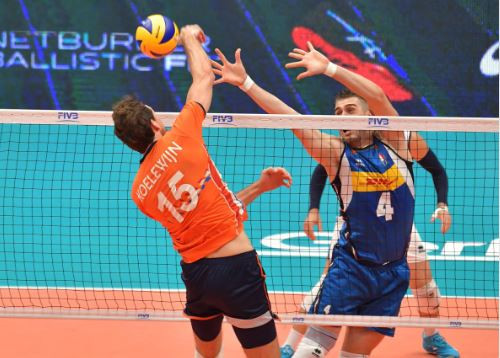 Defending champions Poland and Russia secured the final two places in the Top Six third round draw as second round matches concluded at the International Volleyball Federation Men’s World Championships being co-hosted by Italy and Bulgaria.

The four second-round pool winners, plus the two best runners-up go through to the third round which starts on September 26 at Turin’s Pala Alpitour, and Poland’s 25-17, 25-16, 25-14 win over Serbia at Varna’s Palace of Culture and Sports secured them top spot in pool H.

Poland’s victory put paid to the lingering hopes held by France following a 3-1 win over Argentina that put them temporarily into a position to progress from pool H with Serbia.

Serbia had already earned their qualification the previous day as their record meant they were bound to go through either as pool winners or one of the two best runners-up.

Co-hosts Italy, the United States – the only unbeaten team so far - and Brazil were also sure of Top Six places the day before.

And an expected 3-0 win for Russia over pool E bottom team Finland in Milan’s Forum di Assago earned them the other best runner-up qualifying spot behind pool winners Italy.

The co-hosts were watched by a capacity crowd of 12,785 as they came from a set down in their final second round match against The Netherlands to win 3-1.

Brazil, certain to be pool F winners, ended their second round matches with a flourish as they came from two sets down to beat Belgium 3-2 in Bologna’s  Paladozza.

Australia signed off their pool F campaign with a 3-2 win over Slovenia.

Already certain of topping pool G, they extended their winning run to eight matches as they won their last second round match 3-0 against Iran at the Armeec Stadium in Sofia.

In the other final round match in pool G, Canada defeated co-hosts Bulgaria after winning the tie-break set 15-10 for a 3-2 scoreline in