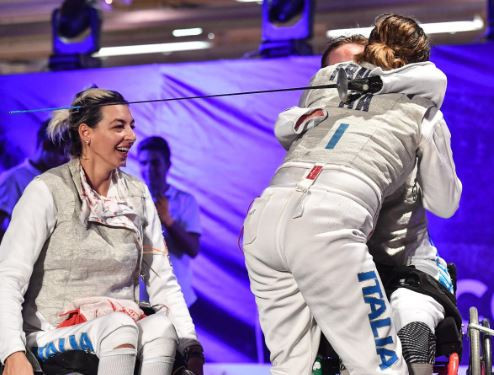 On the penultimate day of compettion at the PalaDeSantis, the home team earned a 45-37 win over Poland in the men’s team sabre event, having edged past Ukraine 45-41 in the semi-final.

The Ukrainians claimed bronze with a 45-38 win over Greece.

Italy also claimed gold in the women’s team foil event with a 45-32 win over Russia, having beaten Ukraine 45-28 in the semi-final.

🇮🇹 Marco Cima says his team are "not afraid of anyone" after the hosts claim double team gold on penultimate day of European Championships in Terni! #Terni2018 👉 https://t.co/C7rflCtdCP pic.twitter.com/JtfhDa3Ovu

Hungary earned bronze with a 45-40 win over the Ukrainians.

With three out of the four semi-finalists in the men’s foil C category there were high hopes for further home success.

But it was the odd man out – Serhii Shavkun of Ukraine – who prevailed as he beat Italy’s Martino Seravalli 15-5 in the final having beaten his compatriot William Russo 15-13 in the previous round.

Seravalli had progressed with a 15-4 win over fellow countryman Matteo Adesso.