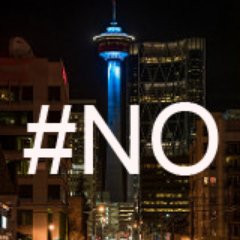 NoCalgaryOlympics have accused Calgary 2026 of failing to meet commitments prior to November’s plebiscite, claiming they have not provided full information on the plan and costs.

The group have also alleged the commitment to providing a robust community engagement from June by the City Council has not been met.

This would include CAD$3 billion (£1.8 billion/$2.3 billion/€2 billion) of city, provincial and federal funding.

An indoor venue for figure skating and short track speed skating and a mid-size arena to seat between 5,000 and 6,000 people were cited as the only two new facilities which would need to be constructed.

A confirmed venue for curling was not included in the proposals, which has led to criticism from NoCalgaryOlympics.

The group claim it was referred to as a draft within a day of the plan being unveiled.

The absence of a curling venue has also been criticised, with discussions over a new National Hockey League venue having since been mooted by some councillors.

NoCalgaryOlympics insist that the public cannot be asked to vote on a draft plan, claiming a “real plan” is required.

A further claim was that the Calgary City Council have acknowledged their most recent briefing revealed additional City costs left out of the bid plan, while adding some Councillors are suggesting there could be further costs related to the remediation of land.

The group have requested the public call for Calgary 2026 to be “required to detail the actual plan with full costs, cost sharing commitments, cost overrun coverage and plans, and detailed venue plans by October 13”.

They claim “disclosure must include additional projects and costs that may not be technically required for the bid, but would be used in hosting the Olympics” and have urged the Bid Committee to produce this by the same date.

How can#yyccc ask Calgarians to vote on a plan knowing it is not the full plan? We are asking @YYCGames2026 to reveal all projects, costs, risks and proposed funding sources ahead of the #Calgary2026 plebiscite. We can do better. VOTE #NoCalgary2026 https://t.co/MjM3C4qpYI pic.twitter.com/tVzJQMt8t1

Further demands include the Calgary City Council being required to “provide a report to Calgarians by October 13 that reconciles the Calgary 2026 bid plan to the five principles that City Council unanimously agreed must be met to continue with a Bid process”, including stating residents would not be required to cover cost overruns.

They also want the City Council to report on the "impact on the four-year budget of the Calgary 2026 bid plan and disclose this to Calgarians".

NoCalgaryOlympics claim this should include details on operating costs, capital investments, impact on property taxes and impact on debt.

They argue the current budget is not scheduled to be presented until the day after the plebiscite.

NoCalgaryOlympics say this goes against the Alberta Government’s criteria for information provision to Calgarians, which promised that their funding requirement ensured the public had full information about the plan and costs 30 days prior to the vote.

The letter requests their four demands be met in order to adhere to the Alberta Government requirements and provide “good faith" to residents.

The plebiscite is set to take place on November 13.