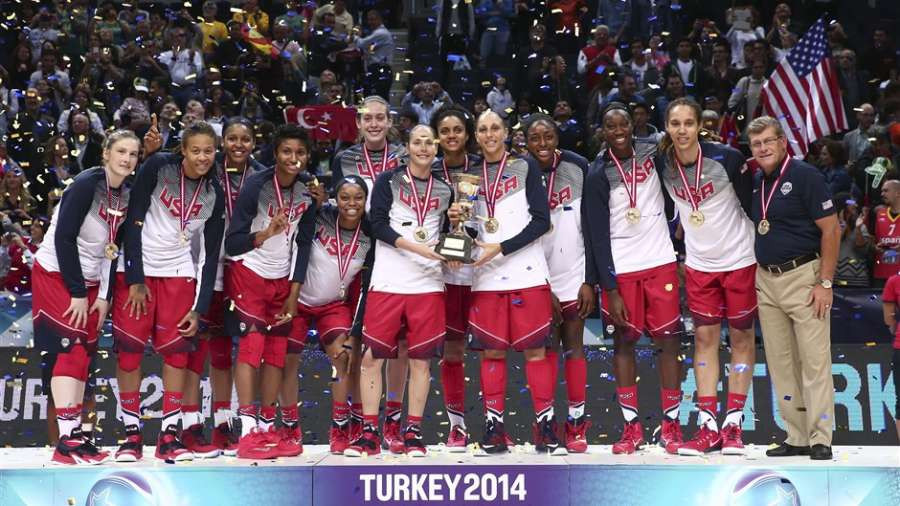 Defending champions United States of America will seek a 10th win in the International Basketball Federation (FIBA) Women’s Basketball World Cup due to in Spain tomorrow and runs until Sunday week (September 23).

The US, drawn in Group D along with Latvia, Senegal and China, earned an automatic place in the event - along with the host nation - as Olympic champions.

They will bring a formidable squad that includes Sue Bird and Breanna Stewart, who have just won the Women’s National Basketball Association (WNBA) title with Seattle Storm.

The US will also be able to deploy all-time leading scorer Diana Taurasi.

An additional 14 countries have qualified through the FIBA Continental Cups in the past year.

🇦🇷🇦🇺🇧🇪🇨🇦🇨🇳🇫🇷🇬🇷🇯🇵🇱🇻🇳🇬🇵🇷🇸🇳🇰🇷🇪🇸🇹🇷🇺🇸 Who are you rooting for?

Nigeria and Senegal have come through from Africa qualifiers. Argentina, Canada and Puerto Rico from the Americas qualifier, Australia, China, Japan and South Korea from the Asia qualifiers and Belgium, France, Greece, Latvia and Turkey - who hosted the last version of this event in 2014 - from the European qualifiers

Since this quadrennial event began in 1953 America's domination has only been challenged by the Soviet Union, which won six out of seven titles between 1959 an 1963, Brazil - winners in 1994 - and Australia, who beat Russia in the 2006 final.

Of these teams, only Australia are also present - drawn in Group B along with Turkey, Argentina and Nigeria.

The hosts are in Group C along with Puerto Rico, Belgium and Japan.

There are two host cities for the event - San Cristóbal de La Laguna, where the 5,100-capacity Tenerife Sports Pavilion Santiago Martin is located, and Santa Cruz de Tenerife, which has the 3,600-capacity Palacio Municipal de Deportes.