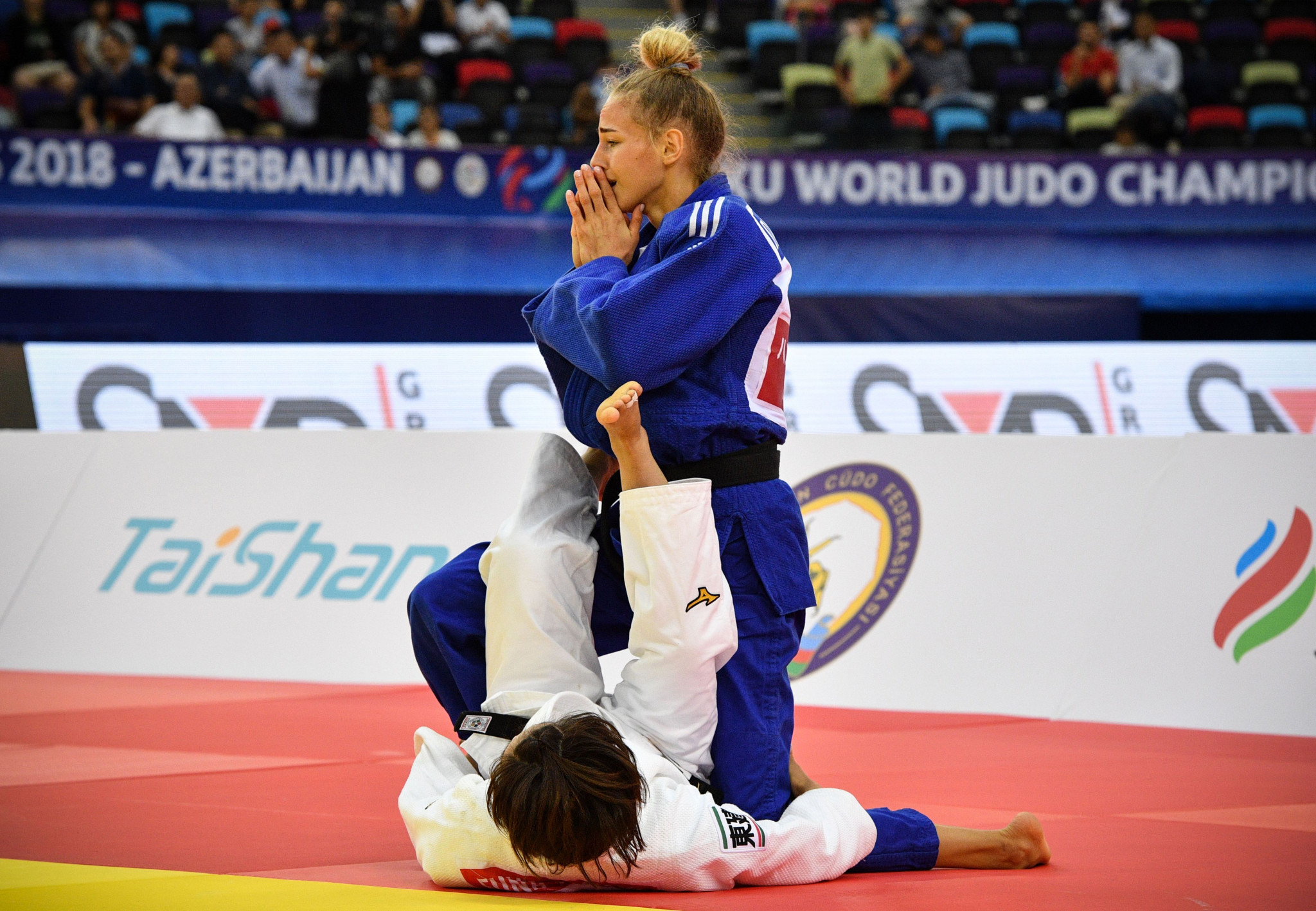 At just 17-years-old, Bilodid can now add world champion to her ever growing list of accomplishments.

Before these Championships, Bilodid had already won the 2018 European title, five IJF World Judo Tour events this year and the Paris Grand Slam.

At only her second World Championships and at such a young age, Bilodid was dominant in the opening rounds and has now won 30 contests in a row.

In the final, Bilodid faced Tonaki for the third time this year, having won the previous encounters, and secured victory through o-uchi-gari for ippon.

Reigning Olympic champion Pareto could not overcome Bilodid for a place in the gold medal final but was victorious over Portugal’s Carolina Costa.

Her bronze medal was Pareto’s first World Championship medal since winning the gold in Astana in 2015.

World number 20 Costa may have missed out on a medal but earnt the highest finish of her career so far.

Galbadrakh switched nationalities from Mongolia to Kazakhstan in 2015 ahead of the Olympic Games in Rio de Janeiro, where she won a bronze medal.

The match went to golden score before Munkhbat was disqualified after being penalised for a false attack.

In the men’s under-60kg event, Japan's Naohisa Takato managed to successfully defend his title, making him a triple world champion.

Russia’s Robert Mshvidobadze took the silver medal, failing to score in the final as Takato produced a waza-ari.

World number one Ryuju Nagayama was beaten by Japanese team-mate Takato in the semi-finals but defeated Harim Lee of South Korea in a golden score to win the bronze medal.

Neither judoka managed to score in normal time but Nagayama’s uchi-mata after eight seconds of extra time.

Azerbaijan’s Huseynov was the crowd’s favourite and caused an upset in the early rounds after he beat Olympic champion Beslan Mudranov of Russia, despite his world ranking of 51.

The Georgian number three seed denied the home nation of a medal on the first day of competition, scoring a waza-ari to take the bronze.

Tomorrow, competition is due to continue with the men’s under-66kg category and the women’s under-52kg event.