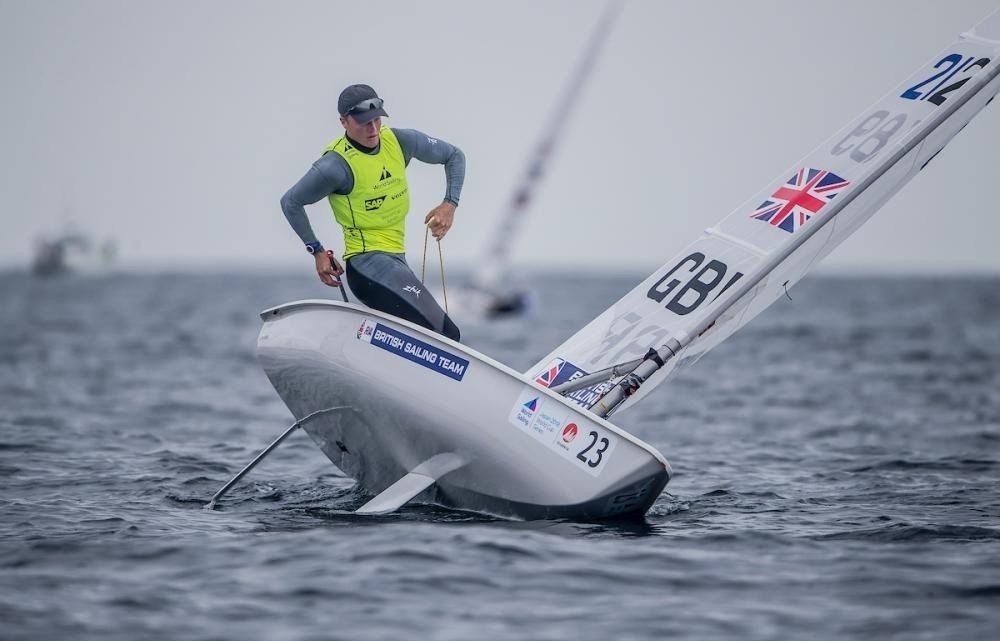 Light winds and rainfall meant that just one race out of 28 scheduled could be completed at the Sailing World Cup and Tokyo 2020 test event in Enoshima.

The laser, laser radial and 470 fleets took to the water at Sagami Bay today but only the 59-boat laser fleet was able to complete a race.

As no racing was possible in the 49er, 49erFX, Nacra 17, men's RS:X and women's RS:X, their opening series has now concluded and the top ten in each will advance to tomorrow's medal race at the Tokyo 2020 venue.

Martine Grael and Kahena Kunze of Brazil have already secured gold in the 49erFX as they hold an unassailable 26-point advantage over their rivals.

In the single laser race that was completed, Britain’s Lorenzo Chiavarini positioned himself at the middle of the line at the start and managed to read the conditions expertly on the first upwind to round more than 30 seconds ahead of Benjamin Vadnai of Hungary.

From there, Chiavarini maintained his focus, and with clean air in his sails, he was able to extend his advantage and take a convincing race win.

Vadnai also pulled clear of the pack and was able to take a deserved second, but there was relative chaos behind them.

We have some movement! 🙌

The Lasers, Radials and 470s are out on the water 👌#wcsenoshima ⛵🌍🏆🇯🇵 pic.twitter.com/rkha8d3XRq

Crowded, sometimes chaotic mark roundings and a tightly-bunched field on the upwinds and downwinds meant that huge gains and huge losses occurred.

Philipp Buhl  of Germany was a benefactor, moving up from 24th to tenth, whereas Filip Jurisic of Croatia went from seventh on the first upwind down to 21st at the finish.

Overall leader Elliot Hanson of Britain maintained focus to come through in sixth and holds a ten-point advantage over Tonci Stipanovic of Croatia, who finished the race in fourth place.

Matt Wearn of Australia moved up to third overall after a fifth place.

The event in the Japanese capital continues tomorrow.