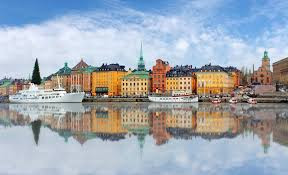 The tender process for the third European Games could be launched as soon as this month at a meeting of European Olympic Committees (EOC) top brass in Stockholm.

With the second edition of the Games next year in Minsk seemingly unlikely to be a major money-spinner for the EOC and with pressure growing to cement the event’s future by staging it for the first time in a West European city, insidethegames understands that the tender process might get under way after a scheduled meeting of the EOC Executive Committee in Sweden on September 20.

EOC President Janez Kocijančič indicated earlier this year that the organisation would be open to multiple cities and countries working together to stage the European Games.

It is also completely comfortable with the notion of basing the event at a city that is not a capital and prepared to be flexible on timing.

The bidding climate is such at the moment that organisers of major sports events, especially those involving multiple sports, are able to be much less choosy than a decade ago.

They have also had to come to terms with projects that are far less glitzy than in the recent past.

Whereas the inaugural European Games in Baku in 2015 are regarded as a high-cost, high-impact event out of the old school, Minsk 2019 is expected to be more low-key.

A September tender launch would represent an acceleration from prior suggestions that the starting-gun might be fired at the 47th EOC General Assembly in Marbella on November 9 and 10.

Many European sports observers believe that the EOC would be well-advised to decide on the 2023 host if possible before Minsk 2019, which will take place in late-June.

There have even been suggestions at the fringes of this week’s Coordination Commission meetings in the Belarus capital that a 2023 host might emerge in time for the Marbella assembly; this though seems ambitious.

The Netherlands had initially been expected to host the second European Games before the Dutch Government withdrew support for financial reasons in 2015.

The Dutch proposal would have seen the Games staged across nine cities in five provinces.